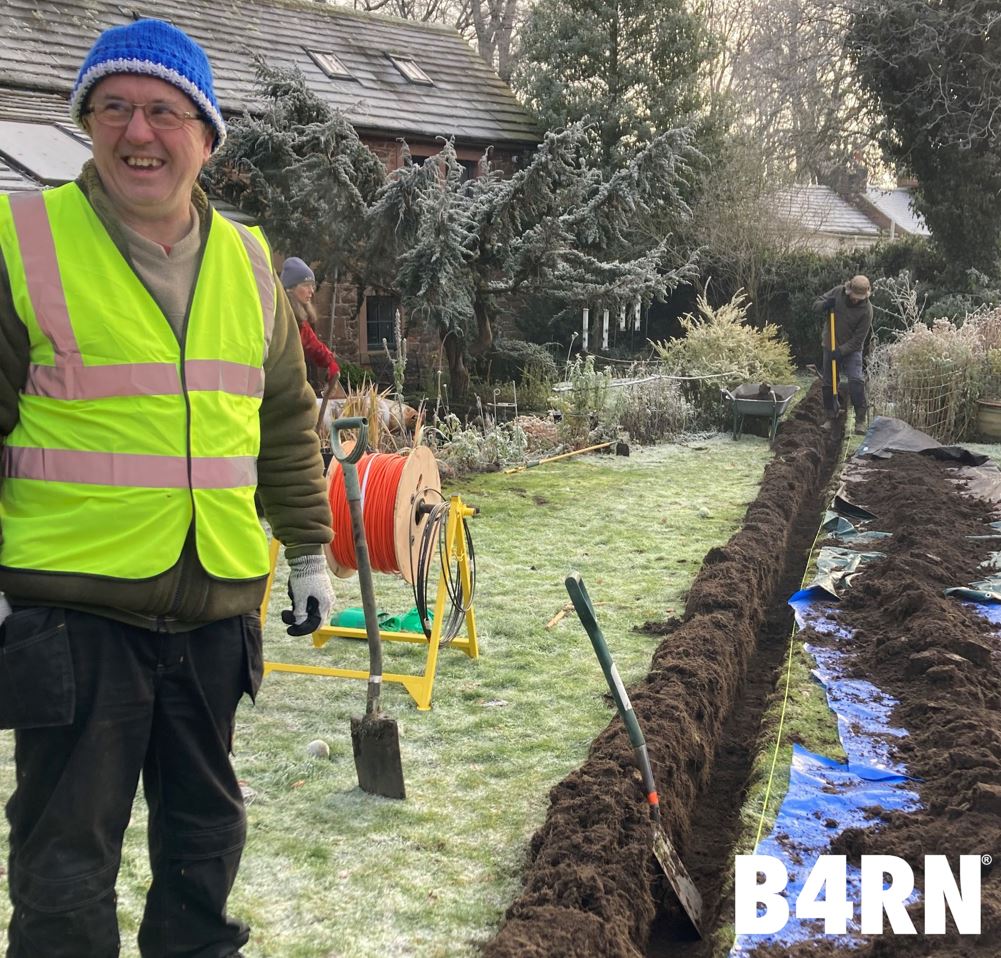 In many ways the rural-urban divide has been exasperated by increasing digitalisation. One community in the north of England, however, shows what’s possible when people come together. Daniel Rád of Future Economic Rural Network (FERN) tells the story.

Broadband 4 the Rural North (B4RN) and often pronounced as “barn” has become one of the standout successes in recent years across the rural north of England, so much so, urban dwellers are often in disbelief when they hear of the speed and price of the service which has won a litany of telecoms awards over the past decade.

You may have not heard of B4RN but due to its limited roll-out capacity in rural areas on the Lancashire, Cumbria and Yorkshire borders people are lining up to access their 900mb upload speed (verified by the writer). As Chris Conder, the founder of the service quoted in an APC event in October this year, he said “At the time, B4RN was faster than NASA,” this statement shocked audiences across the world for the premier position of the rural ISP.

This article aims to explain how unlike so many other smaller broadband internet operators, B4RN has managed to win over rural communities in its efforts to connect the countryside when national operators were often nowhere to be seen or purposefully absent.

Launched in 2011, the organisation has managed to win over fans and critics alike by the sheer speed of rollout around the local area. However, financially solvent through an innovative funding strategy, the organisation saw massive growth in part thanks to the UK government’s Gigabit Broadband Voucher Scheme (GBVS) which provides eligible areas across the UK with vouchers to cover the installation costs of bringing gigabit connectivity to people’s homes and businesses. In 2019, B4RN managed to then raise further funding through the crowdfunding model, bringing in funding from across the globe into the project as it offers a steady return.

Like much of Europe, rural Britain has been an afterthought for large national telcos, and with shareholders to please many of the major operators like British Telecom (BT) have struggled to find the economic case to install fibre-to-home internet services with remote communities. According to a 2017 report by Ofcom, two-thirds of rural communities in Britain lack access to good broadband, which makes isolated communities feel even more alienated.

This is where the government sponsored voucher scheme, which aided the cost of installation massively helped rollout of the B4RN network which spurred growth, grabbed customers en masse and helped scale the business to compete and outperform traditional telecoms and broadband providers in every community it has reached.

Mark Gray had this to say to us: B4RN has spent a decade connecting so-called “hard-to-reach” communities with buried, full fibre broadband infrastructure – proving it is possible to build such a network. If we have the relevant permissions and the customer wants it, B4RN connect every property they can in any given community,” he said, adding, “In the majority of the remote, isolated places which B4RN serves, the major telcos have little interest in delivering full fibre, as it’s too expensive. Even in areas where the competition has installed full fibre, it is often slung up on telegraph poles, making it extremely vulnerable to bad weather. Existing broadband service delivered over copper telephone wires is often poor – some properties we get to have to get by on >10Mbps, with upload speeds almost non-existent. Taking these customers to gigabit speed is helping bridge a digital divide.”

Community Broadband  – the Nuts and bolts 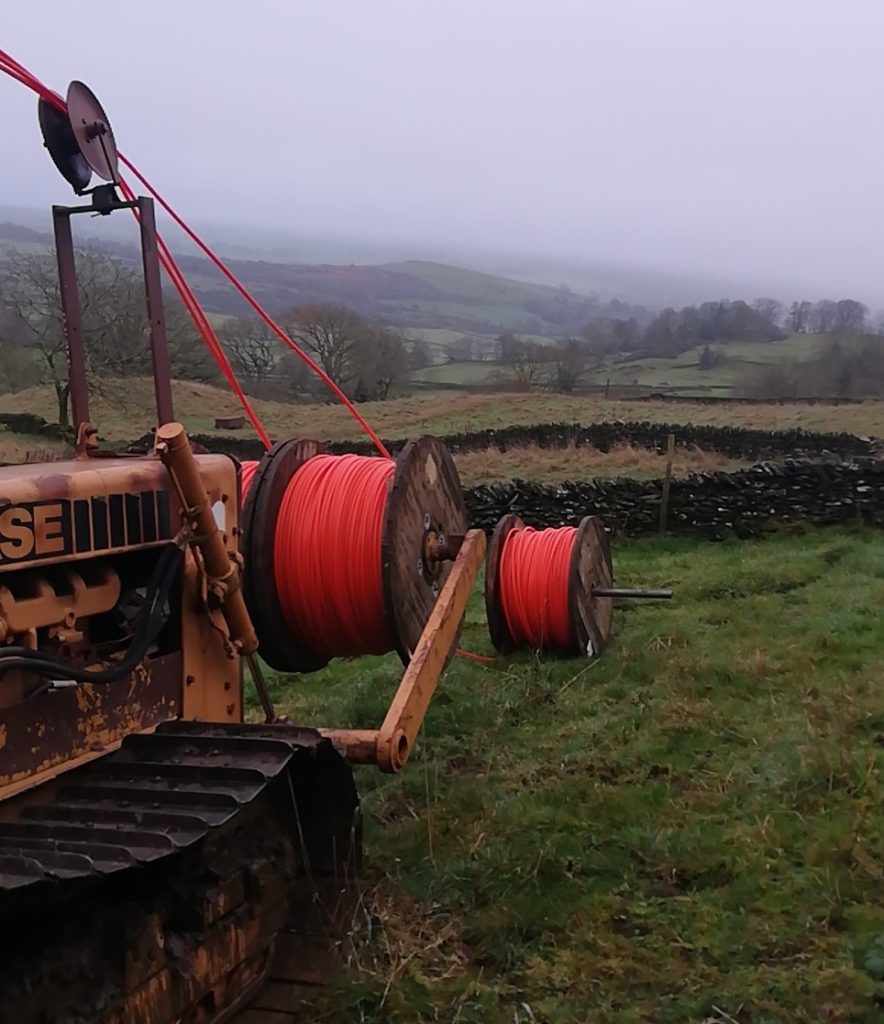 The Community-owned company or “Community Benefit Society”, which offers shares is owned by the local community of users and any returns are reinvested back into the community. Individual members can purchase shares in B4RN with a targeted return of around 5% per annum. In 2020, B4RN raised £3.3mn via a 7-year crowdfunded bond issued by Triodos Bank paying 4.5% gross per year. In total the organisation now has around 2,900 shareholders, with local communities investing in excess of £9mn in the organisation since its inception. Unlike the major telcos which continue to dominate the national outlook B4RN has around an uptake of around 75% of properties under coverage.

Coupled with a cohort of local community “dig groups” who literally get to work with shovels and spades to dig up the front gardens of the houses to lay the fibre direct to the home, the service has managed to win over many in rural communities.

The organisation has around 70 staff currently on its books according to a Connectivity Capital report from September 2022. By creating its headquarters in the sleepy Lune Valley, which heads up to Kirkby Lonsdale to the West and Ingleton in North Yorkshire to the east of the valley, unlike the traditional operators who bring in contractors from far and wide, the service is operated by local contractor teams creating long term employment which would be seen as uneconomical to traditional organisations. 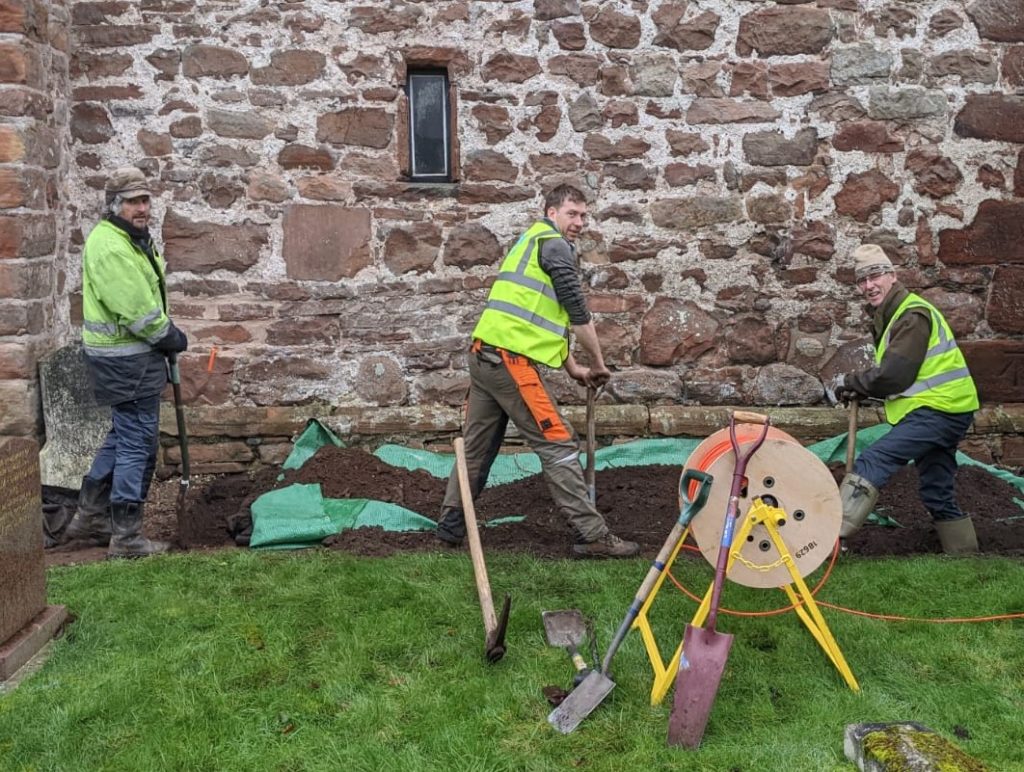 The economic boom from the roll-out has not yet been measured due to the changing business conditions on the back of the coronavirus (COVID-19) pandemic, however, anecdotal notes on the roll-out of B4RN suggest its very infrastructure has stood as a lifeline during the successive lockdowns in the UK through 2020-2021.

Due to its gigabit speed, which unlike elsewhere in the country are not throttled, rural businesses have managed to thrive and economic generation in the form of remote work has massively expanded in the areas which are served by the service.

Mark Gray said, “Some rural businesses have described getting B4RN as “revolutionary”. For example, by allowing them to move to cloud-based software, while it makes a massive difference to data-heavy occupations like photography/filmmaking or architecture. Farming is becoming increasingly digital, with farmers able to attend auctions remotely and complete things like Arla inspections much quicker while stable broadband allows the reliable monitoring of livestock and even helps with robotic milking.”

Neil Hudson, MP for Penrith and The Border doubled down on the economic benefits in a news article on the roll-out of the service in his rural constituency.

“I realise just how important digital connectivity is to unlocking our rural economic potential and creating opportunities,” he said to local press previously.

“Here in Penrith and The Border we still face significant hurdles in connecting our more hard-to-reach communities, and I know many people have suffered with poor connections for too long,” he added.

A UK government report on roll-out on digital rural broadband rollout noted that despite the £5bn investment in the project for every £1 spent on installation of ultra-fast broadband, an additional £2.70-£3.80 of economic and social benefits has already been created in the UK economy. 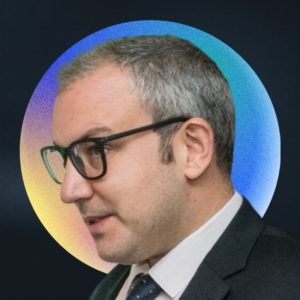 The lesson from B4RN expansion over the last decade could be summed up by the B4RN representative, as Gray explains, “Have a little faith in leftfield enterprise and new ideas to deliver where the big telcos fear to tread. In its earliest days, as an entirely voluntary organisation (once described as “four people around a kitchen table”), B4RN was – at times – ignored or dismissed by local authorities which didn’t believe in or trust the model. Despite that, B4RN took off and just over a decade on, B4RN has more than 70 employees and c12,000 customers.”

Daniel Rad is a rural economy researcher with the Future Economic Rural Network (FERN), he has been covering the rural economy of Asian, European countries and North America for the past several years. ARC2020 first encountered Daniel and this inspirational story at the DESIRA Rural Digitalisation Forum event held in November 2022. DESIRA is a Horizon 2020 project on sustainable rural digitalisation.

More on Rural and on Digital

Rural Realities | Succession – Passing It (All) On To The Next Generation

Rural Japan | Diversification and Digitalisation on a Dairy Family Farm

Has the 5th European Rural Parliament Something to Declare?

Daniel Rad is a rural economy researcher with the Future Economic Rural Network (FERN), he has been covering the rural economy of Asian, European countries and North America for the past several years. ARC2020 first encountered Daniel and this inspirational story at the DESIRA Rural Digitalisation Forum event held in November 2022. DESIRA is a Horizon 2020 project on sustainable rural digitalisation.