Talamh Beo, a new organisation in Ireland that “represents the interests and defends the livelihoods of people producing food, fuel and fibre using sustainable methods of production” has its first public meeting March 9th, 10am – 4pm Kilrickle Community Hall, Galway.

We spoke with core group member, Fergal Anderson about the new organisation. 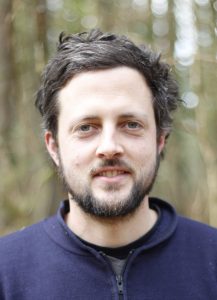 Fergal Anderson: “We’re coming to a point where there is a multitude of crises – climate change, economic instability, species extinction. People are thinking more about what’s going on around them – housing and health are on the agenda, but we haven’t taken agriculture out of the hands of the IFA, Bord Bia, the government. We want to give the public the opportunity to get involved. We need a radical transition from the agriculture and land use policies we have at the moment. It requires a huge mobilization of the public and of farmers – farmers have a massive role to play. We need 50 year thinking.”

OM: How do you see producers and consumers coming together?

FA: Often people think its vegans or environmentalists against the farmers, or rural vs urban, we have to take down these barriers – they are invented in large part – and think instead of a bigger universal message. People want good food, a good natural environment, the same things farmers want; they want farmers to make a living and take care of the land. Farmers at the moment have to maximise everything, and be good business people rather than good farmers.

I’m not a vegan, and I may never be, but if I lived in a city maybe I would be. It’s a sign of a disconnect people have from the natural environment and processes. Let’s open up a space where people can engage with each other. We want to bring people onto our farms, we’d love to have branch meetings at country level to connect up with people interested in our ideas in their areas.

OM: Who is involved with Talamh Beo?

FA: We want all sectors to be represented, and to learn from each other. We need to hear from each other not just from the big organisations. We need different values beyond technological solutions – the problems aren’t technological they are related to the economics and policies of how we produce.

Most of the people involved are trying to manage their land in a non-conventional way, some are organic some aren’t, but we’re trying not to impose a production system on land, not to dominate the environment – it’s about enhancing the land.

The industry has its representation – what we don’t have is someone battling from the other corner. We say – the dominant model of production is too hard on the land, on the environment. The beef market is flooded with dairy calves. What you do doesn’t happen in isolation, it has an impact. Why more aren’t feeds grown in Ireland rather than imported? We can develop hemp growing, looking at different investment models, there hasn’t been long term investment in processing industries – where does the wool, the hardwood timber, the hemp get processed?

FA: We do need to have a discussion about CAP beyond what’s led by the main farming organisations – there is an imposed ignorance in the general populace. CAP represents a huge transfer of cash from public to private. What is the CAP budget for? If there’s more subsidiarity what will happen in Ireland? This needs to get onto the agenda. Food sovereignty is a good solution, a framework to have our discussions in; it’s got a radical base, but it’s open to a range of approaches.

A version of this article first appeared in the Irish Examiner’s farming supplement.

Czech Republic | Wrangling with the Next Generation

Meet Czech farmer Terezie Daňková, who raises cattle and sheep on a 450 ha. ranch on mostly rented land in Southern Bohemia, with the help of her cowgirl daughter Barbora (20), her son Vojtěch (13), and a stable of horses. Louise Kelleher speaks to two generations of women farmers about the realities of rural life, the pull of the city, and what brings them back to the farm. […]