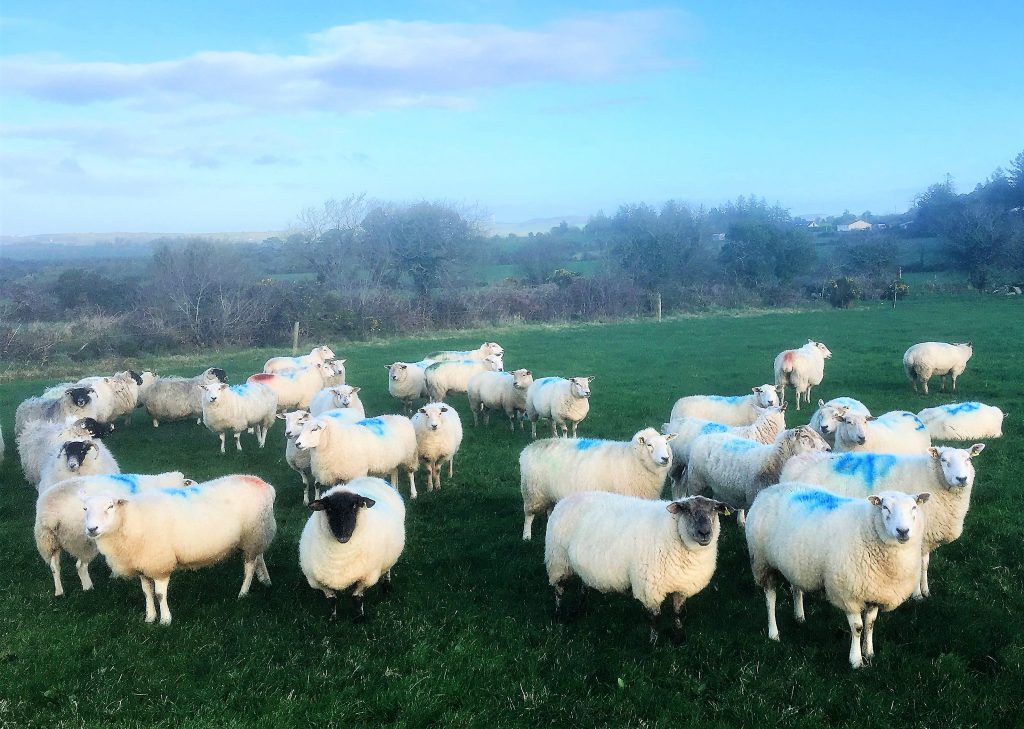 Kieran Sullivan, our Man in Muddy Boots, is keen to regenerate the soil on his sheep farm in Ireland. Here he reports on his journey to understanding the soil and implementing some measures to improve soil health. This is no small feat, he finds out.

Since my last dispatch, my brother and I have expanded our farm enterprise. We have taken back four hectares from what we had previously leased out, and we will take back a further two hectares in the coming months.

That means we are responsible for 12 hectares in total, and to ensure we remain economically and environmentally resilient, we have decided to concentrate on three, related objectives: increasing animal health, regenerating the soil, and reducing the environmental impact of food production.

Achieving these means we must first understand and then address the soil itself. So begins the journey into the health of all the life our soil supports – both above and below the surface.

If someone was so inclined to concentrate on improving the soil of their farm, where might that someone start? Is there anything resembling a set of guidelines or a 5-year “roadmap” available?

I received dozens of insights and links in response and two months later, I am still working through them all.

I found that I needed to learn the soil language. The soil itself is nigh-on a living organism and you could spend the day figuring out how to begin describing it. That’s before you start on the #SoilMatters series. To narrow the focus therefore, I decided to approach it from three fronts: physics, chemistry and biology.

I was going to say that our ground type varies. But until I dig holes in different fields, I cannot be sure that is the case. From looking at the surface you can tell some fields are heavier and soak less water than others, but that’s about it. Some ground is on a 10-15 degree slope, while more is relatively flat. Some fields have been tilled. Some have had nothing but sheep grazing on them the last few years.

So, the first step to understanding the soil is to get a shovel, dig a few holes, and try to figure out what type of physical structure we are dealing with. That will allow us to check how compacted or otherwise the soil is: Are there loose, crumbly clods (good) or big hard lumps (not so good)? What colours are present? How many earthworms? Are they big and fat, or small and skinny? Does it smell sour, implying being waterlogged, or does it smell earthy?

To get an idea of the minerals present (or lacking), we will get a chemical analysis carried out on various soil and grass samples. The two are related obviously, but a quote has stuck in my mind from a guru who was asked what soil test is best. He replied, “Nutritional test of the final product!” For us, this is currently lamb but grass is close enough for now (they don’t eat soil after all!).

The third leg of the soil stool is biology. More homework and understanding of the vocabulary is required, however, before embarking on any testing in this domain.

Above the ground, the basic principle of crop rotation will be followed until we find out more about what is happening in the soil itself. We will mix our enterprises: sheep are already in place, a few cattle are on the way, cover/manure crops will be sown, and possibly even some cereals or vegetables will be grown.

Some of the additional two hectares we will be farming over the coming months will probably go into agroforestry. I have been reading about this 3D farming for a while now and have spoken to a company who carry out the work. There is not much agroforestry in Ireland so perhaps it is time to buck the trend.

In practical terms, we would receive five annual payments for giving the land over to agroforestry, and the company would erect stock-proof fencing around the perimeter as well as planting the trees. This means we can continue to safely graze the ground, with sheep or calves, while the trees hopefully improve the soil drainage and fertility levels – ever before they produce fruit or become valuable sources of fuel.

Another aspect we can easily incorporate is adding diversity to our grass swards. Moving away from monocultures makes sense at a number of levels: different species of grass grow strongly at different times of the year; their roots go to different depths, meaning they access previously unreachable nutrients; legumes, the engine of the herbal ley, provide free nitrogen to their neighbours; and, research has shown that diverse grass swards mean less internal parasites and healthier lambs. 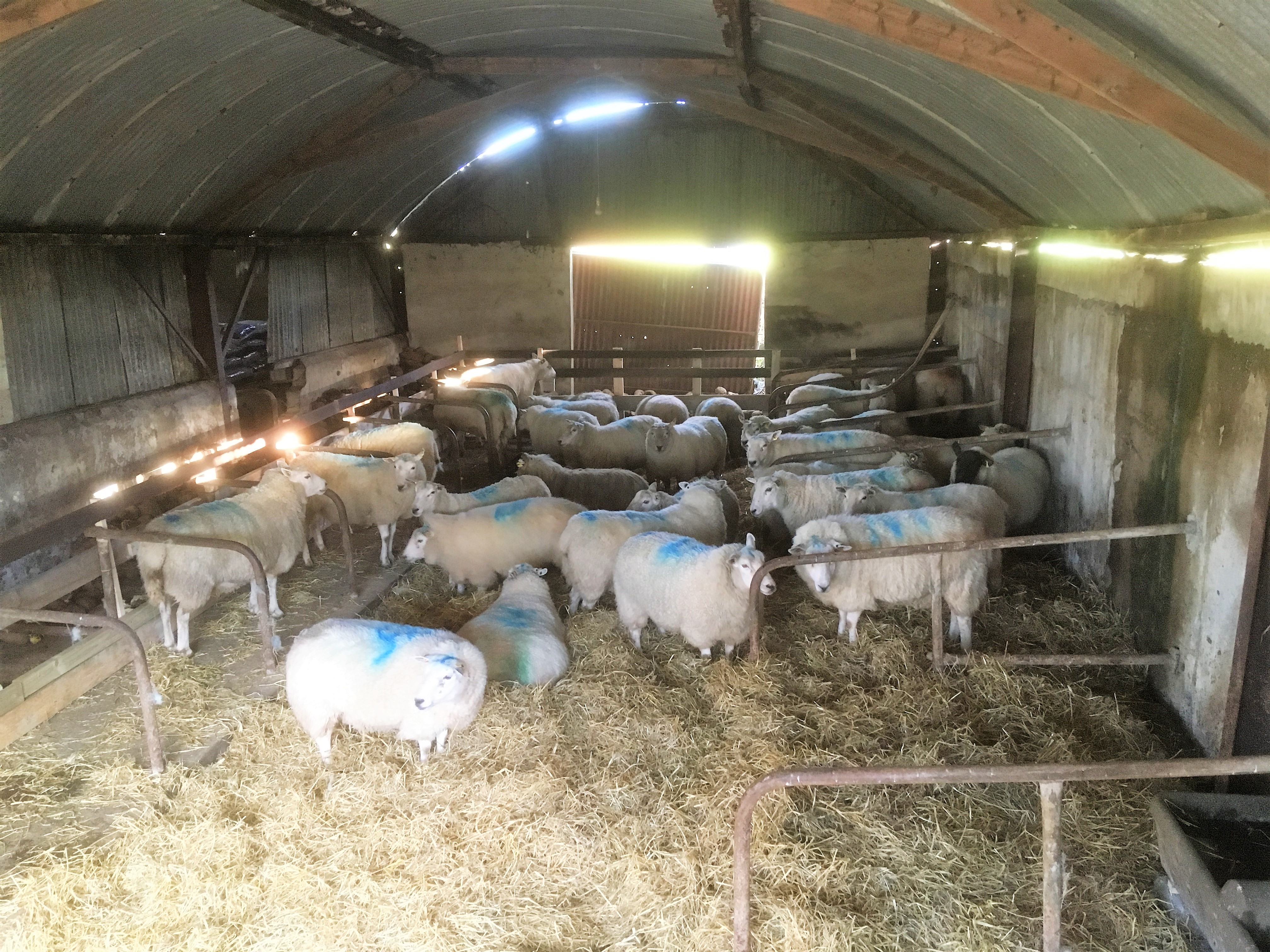 Each of the above actions are straightforward and roll easily off the tongue, but for part-timers like us they represent months and perhaps years of work. No doubt, some things will work out and others will not. Ask me in 12 months’ time what we are doing and I will probably have a different set of actions.

The primary goal will remain the same though: improve animal health, regenerate the soil, and reduce the environmental impact of producing food. All nice, lofty goals. But what about the economics of it all?

And the elephant in the room – CAP?

It is, after all, direct payments from the CAP that keep many farmers in business – especially small, part-timers like ourselves. Will CAP help us achieve our goals?

Environmental measures have been flagged as central to the post-2020 CAP. But we have yet to see the details. Traditionally, such “nice-to-have” schemes came from pillar-2 of CAP, while the serious business of “have-to-have” direct payments were looked after by the much bigger pillar-1 budget.

Cuts to the overall CAP budget have also been well flagged, but the devil will be in the detail regarding where such cuts will be made. A flat reduction across pillar-1 and pillar-2 could leave the more environmentally-focused farmer at a disadvantage since much of his/her income comes from pillar-2, rather than the intensively-focussed pillar-1 recipient.

Equally, if new pillar-1 payments include some environmental prerequisites—similar to greening in the current system—will farmers turn away from further environment measures in pillar-2, if they think they have enough done already?

For the new CAP to genuinely encourage resilient farming, and move European farmers away from non-EU imports such as synthetic fertiliser and oil, then the nice-to-haves must become have-to-haves.

It is not as simple as opening up a new organic scheme. Instead, baby steps must be taken by the majority of farmers, including steps into the past to rediscover plain old husbandry.

I will not get into the high-level policy aspects of the CAP, which are already well addressed elsewhere, but from the front-line farmer point-of-view, pillar-2 should support various types of soil testing, alternative inputs such as biochar, mixed species grazing, and countless others.

Some of these already exist in the likes of GLAS (Ireland’s environmental scheme) but much more must be done if we are to save the top six inches of planet earth without which humankind will go the way of the dodo.

Kieran Sullivan is a part-time sheep farmer in south-east Ireland. He and brother Tony manage a mid-season lambing flock in addition to 13 hectares of forestry on the family farm. Kieran works off-farm on IT research projects, covering subjects such as telecommunications and data analytics. He is a regular contributor to various agriculture-related publications, in addition to being a folk singer and guitar player.

There is lots of hype about digitisation in farming. There are important questions too, about ownership and power. What role for agroecology and the commons in this context? Vassilis Gkisakis and colleagues explored this topic at the Agroecology Europe forum in October. Here they outline their discussions. […]