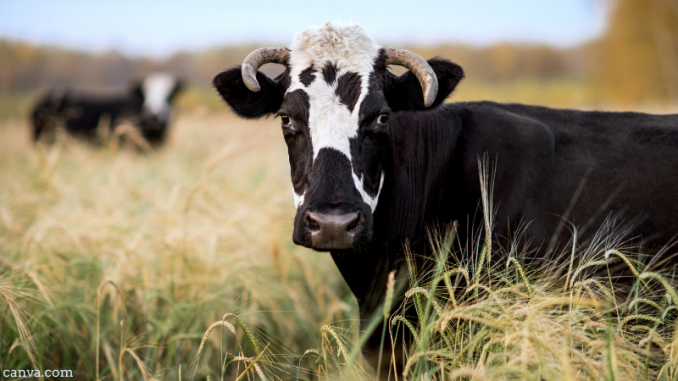 The mere fact that a product is ‘plant-based’ is no guarantee of sustainability. Whether our food comes from plants or animals, in terms of sustainability our choices would be better informed by nutrient cycles. Much of our agriculture depends on monoculture crops which are unable to feed themselves as, in the absence of plant biodiversity, they are starved of nature’s bounty of nutrients. Second in a two-part series by Stuart Meikle.

A rule for a new farming age will be that farm animals must be the builders, not consumers, of fertility.

It is a rule that farmers would have intuitively understood before, say, 1950. It is the availability of artificial nitrogen that has allowed human population growth and, in wealthier nations, the perception that cheap animal products could be consumed with alacrity. Such is where we are now.

All animal products are not equal. As fossil-fuel-based energy declines and awareness of the pollution and emissions around artificial fertilizers rises, we will have to reduce the consumption of the products emanating from systems where nutrient recycling to the land is poor and where the plants consumed have relied on artificially sourced, not naturally sourced plant nutrition. But which are which?

A situation where phosphates are mined in Western Sahara and shipped to feed crops in South America the produce of which is then used in a confined animal feeding operation in Western Europe is one where the nutrients are fossil-fuel expensive and their use inefficient. That their post-use residuals can also end up polluting local-to-feeding aquatic environments only compounds the folly. And it is not just with animal-included systems, direct-to-human soya only skips one step before the issue of post-consumption residuals arises. Thus, tracking and tracing plant nutrients is an invaluable exercise.

In contrast, there are ways to rear farm animals where artificial plant nutrition is not needed. If designed to mimic nature, the systems can draw down the nitrogen and carbon they require from the atmosphere and draw up phosphates from the soil profile. It is then about minimizing the losses of plant nutrients at harvest and efficiently recycling all else. To achieve this farm animals must live upon the land that feeds them, or at least pretty adjacent to it. That is Golden Rule Number Two.

If farm animals are not equal, the same applies to farm crops. Which crops can draw down nitrogen or raise their own phosphates? Sourcing carbon as a plant nutrient is not an issue. The answer is very few.

Plants naturally exist within a biodiverse system where symbiosis with a multitude of organisms means that they have access to the nutrients they require. Remove that biodiversity and they cannot exist. Reduce it and they cannot thrive or produce abundance. The ultimate is our crop monocultures that are dependent upon fossil-fuel-using, polluting and emitting artificial fertilizers. We will not be able to wean ourselves off them anytime soon, but we must start to proactively reduce their use.

An inherent problem we have with our food systems is that they have evolved to function around the monoculture. Monocultures deliver on cost, and they deliver simplicity of management. That they are unable to feed themselves with respect to plant nutrition has been missed. And such a criticism applies to both plant monocultures and animal monocultures that have been divorced from plant nutrition.

Our agricultural systems need to have plant diversity restored to them. It must happen in such a way that the diversity is able to deliver abundant plant growth. Plant diversity working in symbiosis with soil-living microorganisms that source and cycle plant nutrients will have to deliver. And abundance will come though applying management techniques that swiftly recycle nutrients within the system.

The role of the farmed animals is twofold; a) they can rapidly biodegrade and recycle plant nutrients, and b) they can transfer nutrients between crops. Both functions build fertility while the latter allows an element of monoculture to occur with respect to direct-to-human-use crops. This is nothing new, it is classic agriculturalism. Such, however, only allows for the prudent harvesting of animal products. They used to only be for high days and holidays, and certainly not for everyday consumption. Their role in creating and managing plant nutrition (aka fertility) was too important to household survival.

Therefore, if we want to talk about sustainability, we should be choosing our products on the basis of how the plant is fed. Just consuming plants if not the answer as our future agricultural systems will have to be founded on the knowledge of how we feed those plants. It will be all about knowing which plants can source their own phosphates and which can source nitrogen. It will be about understanding the wider symbiotic relationships that enable plants to work with others to fill their own nutritional gaps that they cannot fill themselves. It will be about the considerate husbandry of the farmed animal.

For agriculturalists, it will be about managing plant and animal biodiversity to create abundance with little. And it will only become more complex as fossil-fuel usage becomes an issue and we begin to learn just how to live within the planetary boundaries defined by nitrogen and phosphorous.

If, however, we think as consumers we can define our choices with simplicity, we need to think again. The next decades are going to be how humankind’s billions learn to live within the Planet’s ecosystem, and to do that we have to understand how they function and how we can collaborate with them. And the ‘plant-based’ logo is not going to contribute to that, its message is by far too simplistic. As much as our modern world may wish, we cannot reduce Nature’s complexity to 280 characters or less.

More on nutrients and nature