What do you do at weekends? Enjoy time with your family, go to the lake or the beech, read a novel, bake some interesting dishes, practice a hobby, visit friends? Well, some of us agri-food policy nerds just don’t quite know when to stop working.

Last week at ARC we found ourselves engaged in a fruitful twitter exchange, one which ran on into the weekend, on the proposed EU protein strategy. It kicked off last Wednesday with the European Parliament press release on a new strategy to reduce the Union’s dependency on imports.

Currently the EU is heavily reliant on imported proteins particularly for livestock feed. Much of this is South American soybean, a key cause of environmentally disasterous land use change, deforestation and soil degradation and erosion. Between 1994 and 2014, European-grown protein has risen from 24.2 to 36.3 million tonnes. In the same time frame however, European consumption has increased from 39.7 to 57.1 million tonnes. Autonomy in protein supply would reduce this dependency.

Another boondoggle from European Parliament, this time grandly-named strategy for promotion of protein crops, another ruse to persuade taxpayers to transfer funds to large arable farmers for doing what they should be doing anyway, rotation, cover crops etc https://t.co/OQYpW2D2jo

A ‘boondoggle’ Matthews later explains, is “an unnecessary, wasteful or fraudulent project.” ARC jumped straight in asking Matthews what alternative suggestions he had for increasing EU protein crop production. This prompted Ariel Brunner, senior head of policy at BirdLife Europe, to challenge whether the EU need produce more protein at all.

Brunner goes on to argue that the environmental footprint of growing proteins in Europe is not lower than elsewhere. There are “lots of good reasons for legumes in rotation,” he says, “but production subsidies [are] always a bad idea.”

He also warned against intensive protein crop production on EFAs, a practice which included the use of pesticides up until an unexpected mini-campaign by Commissioner Hogan and a vote in the European Parliament.

ARC and editor-in-chief Oliver Moore   – yes working away on his weekend  – suggested first that reduced meat consumption and diversified, local protein sources  could occur concurrently, and that there were multiple potential benefits to European-grown protein sources. These included a degree of self-sufficiency, increased control over production methods (and corresponding adherence to social and environmental measures) and the potential for mineral fertiliser minimisation since some protein crops are nitrogen fixing.

Also some protein crops are also N fixing crops which reduce mineral fertilizer use. There are different techniques to achieve this of course

More EU proteínas are needed but noticias in EFA. Compulsory rotation a useful tool. In addition, EU meat consumption decrease should be promoted.

While Ariel Brunner replied to a question from Oliver Moore, emphaising how production subsidies were problematic.

No. Problem is that global footprint doesn’t decrease by growing the proteins in Europe (displacing cereals). Lots of good reasons for legumes in rotation. But production subsidies always bad idea.

Farmer and grain quality manager, James Brennan, argued that without subsidies, European protein production is unrealistic. Matthews responded “if supplies are unsustainable (meaning likely to be scarcer in future?) then prices will rise naturally and give incentive required to produce in Europe, no need for additional support.”

Appreciate comment, but not sure I understand logic. If supplies are unsustainable (meaning likely to be scarcer in future?), then prices will rise naturally and give incentive required to produce in Europe, no need for additional support. I’m not against protein crops!

It may be worth asking Alan – you may not be against protein crops, but is there any circumstance under which you would support coupling – anything?

After the weekend, the working week began, and ARC’s Samuel Feret had a look at our discussion. He  gave his considered response. 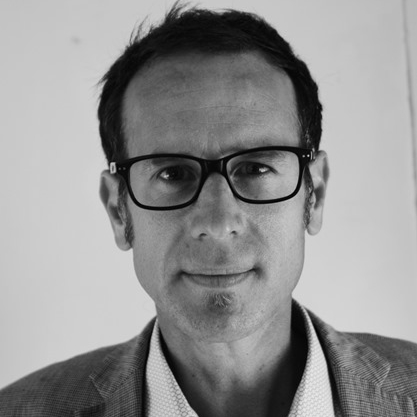 It’s widely accepted that we need more plant-based proteins and fewer animal proteins for balanced and healthy diets. Whilst some argue that we need an EU strategy for proteins, in fact we need an EU plan for legumes – ‘protein’ is not specific enough. A strategy focused on proteins is too generic and will fail. Indeed there is longstanding competition among protein-rich grains given that the demand is more driven by energy and livestock feed markets.

Accordingly, rapeseed, soya bean and sunflower are much more attractive to farmers and processors, at the moment. Peas, fava beans, chickpeas, lupins and lentils, for example, are not competitive enough.

Let’s imagine the consequence of the proposed strategy: we’ll see mountains of rapeseed and sunflower and fewer leguminous plants.

Leguminous plant production addresses various issues in our unsustainable food and farming system. They help to

We need leguminous plants back in our fields, our stables and on our plates.

How would we move toward such a target? We need to address those farmers who need the imported soya. Through investments, innovation and training on how to cultivate and consume grains on farms would be one way of encouraging on-farm feed autonomy.

Vertical and horizontal structuration of leguminous value chains through EU policies including the CAP and ERDF, makes sense.

We need a twofold strategy for practice-driven solutions that encourage (1) leguminous plants and (2) protein-rich pastures.

By the end of this year the EU Commission hopes to have developed a strategy to reduce the EU’s plant protein deficit and dependency on imports. We’ll try to tell you  about it Monday to Friday, but who knows – tThere may be some weekend tweeting too.

With CAP activities hotting up – in trilogue and at member state level – our friends in Good Food Good Farming have, with Birdlife Europe, organised an agri-food policy event for 17th February. The need for transformation, the science and evidence behind why and how CAP isn’t working, along with some practical suggestions for how to communicate and mobilise around CAP issues form the core elements of this exciting all-day event.  […]

The measures already decided for CAP implementation in Spain […]