Brussels/Berlin: The results of a survey, released today by the Meinungsforschungsinstitutes Forsa reveal that two thirds of Germans want agricultural subsidies to be allocated according to higher environmental and animal welfare standards. Almost one-fifth of the respondents want the allocation of subsidies to remain as it is. Seven percent had no opinion on this topic. 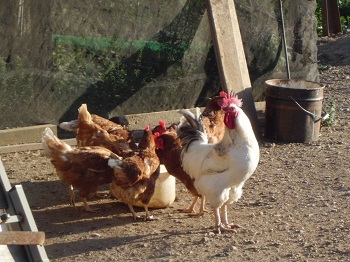 Hubert Weiger Chairman of Bund für Umwelt und Naturschutz Deutschland, BUND (Friends of the Earth Germany) said “Generally speaking, the German population are aware of where their money goes at the EU level. They demand that the annual total of 60 billion Euros invested in EU agricultural subsidies, become more closely linked to nature and animal welfare. Due to increasing food waste and growing pressues on the environment,  industrial farming is no longer accepted.”

German Agriculture Minister Ilse Aigner needs to see these results as a mandate of her electorate, and represent these wishes in the current discussions being held in the EU Agriculture Council regarding the Commission’s proposals for more environmental and animal protection. So far Aigner has blocked these proposals. “When it comes to the revised criteria for the granting of subsidies, Aigner will find loopholes” Weiger said. He accused the Minister of wanting to weaken standards, especially in agricultural conservation. “The result of Mrs Aigner’s agricultural policy will be soil erosion, loss of climatic-significant meadows and pastures, and a species-poor agricultural landscape filled with extensive monocultures“.

There was further evidence many antibiotics, some possibly illegal, are used in animal feed. for the BUND chairman, the exisitng findings of these drug residues in chicken and turkey production facilities in North Rhine-Westphalia is just the tip of the iceberg. “What is being done in North Rhine-Westphalia is almost certainly also happening in other regions of Germany. The recurring scandals in industrial livestock show the risks of industrial agriculture poses. The current subsidy practice encourages these abuses in agriculture. This can only comprehensive reforms to change,” said Weiger.

More than 30 organisations and individuals active in the fields of nature conservation, environmental protection, agriculture and science have collectively spoken out against the use of CO2 emissions certificates as a tool for preserving and building humus in soil. In a position paper on soil carbon sequestration, the broad alliance rejects the compensation of greenhouse gas emissions through CO2 emissions certificates. […]