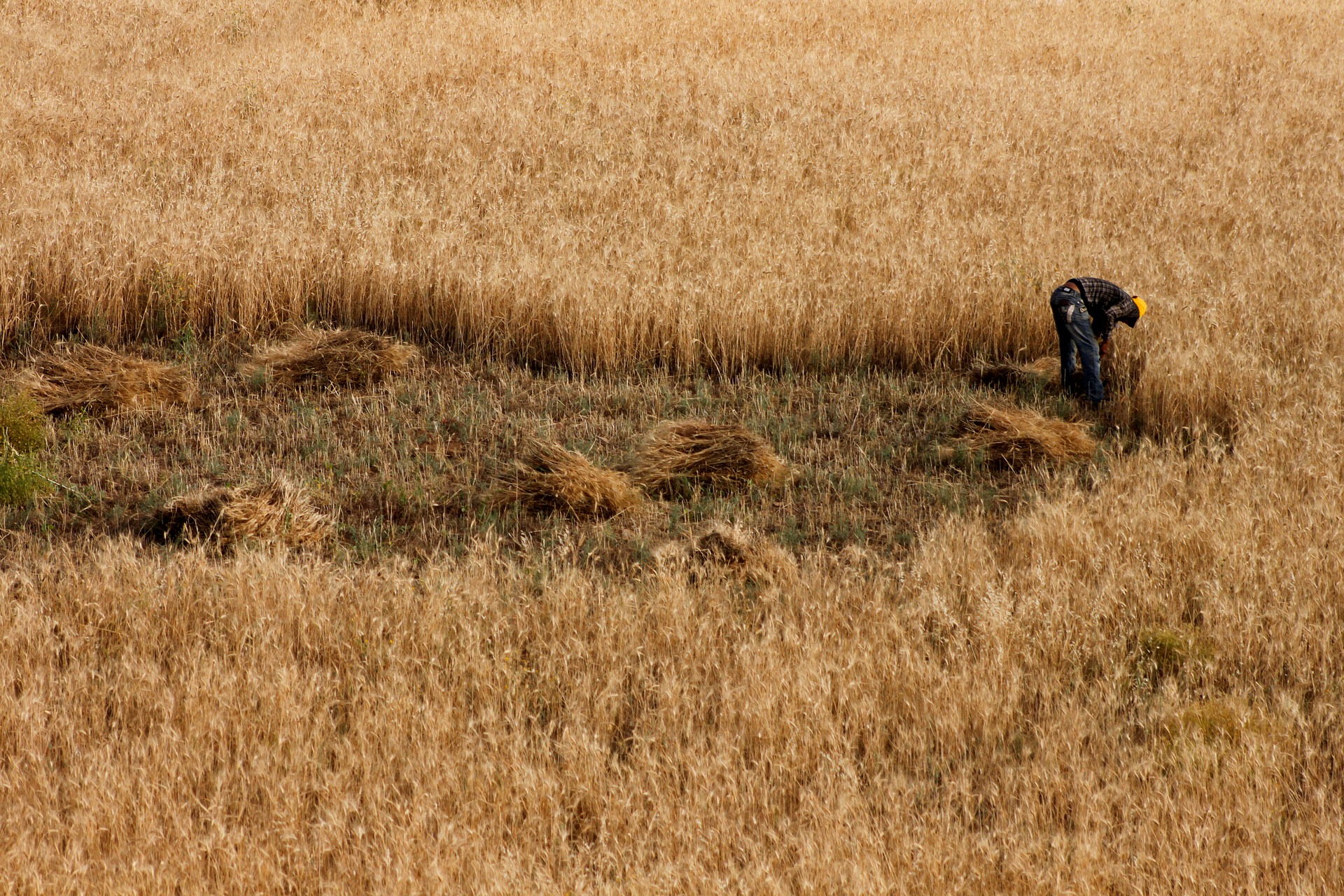 How will border and mobility restrictions as well as the drafting of new trade deals under the current Brexit plan impact UK food and farming? In this final entry, Sharon Treat explores the potential risks of the Brexit deal. Preface this with Part 1 on food safety and labelling and Part 2 on environment and animal welfare protections.

Impacts from border and mobility restrictions

The white paper places trade in services and labor mobility outside the common rulebook. The paper states that nonetheless, “existing workers’ rights enjoyed under EU law will continue to be available in UK law at the day of the withdrawal” and it calls for a “non-regression requirement for domestic labour standards,” so that UK employment laws based on EU law will stay the same post-Brexit – at least initially, (Chapter 1, para 108.e and para 121).

Without providing any details, the white paper commits to a “mobility framework” so that UK and EU citizens can continue to travel to each other’s countries to study and to work — while at the same time, it rejects outright the EU principle of free movement of peoples, (Chapter 1, para 76). Limiting immigration was a motivating factor for many of those voting for the UK to leave the EU, and eliminating the principle of free movement is a UK red line in the Brexit negotiations. How these diametrically opposed concepts can be squared is left unaddressed.

Unsurprisingly, with only 8 months before the UK government expects to exit the EU, farmers and parliamentarians are worried about this lack of detail. Migrant laborers from the EU make up more than 30% of all workers in the manufacture of food products, including jobs such as processing cheese and meat, making baked goods and animal slaughter.

Post-Brexit rules could significantly limit access to labor in the agricultural and food processing sectors, raising questions of at least nearer term profitability for some UK agricultural sectors heavily dependent on EU labor, such as horticulture. The impact of these labor shortages is potentially significant enough to threaten the UK’s food security, especially in the context of a “no-deal” Brexit, according to the UK-based Centre for Food Policy.

As IATP has reported, despite EU-wide labor standards that are protective of workers’ health and safety, work hours and other terms of employment, there are many abuses even under current law. A subcontracting system employed in the UK in the meat processing industry uses agency-contracted workers to maintain the lowest possible wages and evade many of these protections. While the white paper promises continued protections, details are lacking and the words “labour” and “worker” are mentioned exactly three times each in the 100-plus pages of the plan.

Whether limiting migrants and seasonal workers will lead to higher wages and standards or instead chip away at current protections remains to be seen; other pressures arising from Brexit could make it more likely that protections will be reduced. If food safety standards are weakened, workers will face significant new health and safety risks. For example, expanding approved uses of the chemical peracetic acid, commonly used in the U.S. to remove bacteria from the carcasses of chickens and turkeys, would increase health threats to slaughterhouse workers, including potential damage to workers’ internal organs including the heart, lungs and liver.

The UK is already engaged in extensive discussions with U.S. negotiators preparatory to inking a trade deal, even though formal negotiations may commence only after March 29, 2019. There have been four rounds of pre-negotiation closed-door talks between the countries’ trade personnel covering a wide range of issues including agriculture and “regulatory issues relating to trade.” UK trade minister Liam Fox recently called on the U.S. Trade Representative to promptly notify Congress under the Trade Promotion Act, also known as “Fast Track,” of the intention to engage in bilateral talks with the UK so that official negotiations can commence as soon as allowed by Brexit rules.

The white paper proposes to put such third-party trade agreements outside of the agri-foods common rulebook, thereby posing significant risks to UK and, potentially, EU food standards. These concerns are real. Top U.S. officials, from Commerce Secretary Wilbur Ross to President Donald Trump himself, have repeatedly called for the UK to scrap EU food safety rules as a precondition to a trade deal with the U.S.

In its report Feeding Britain: Food Security After Brexit, the Centre for Food Safety lists many food safety rules it considers at risk due to trade pressures, including bans or restrictions on many practices common in the U.S. These include antimicrobial chemical poultry washes such as peracetic acid, ractopamine in pork, beef hormones, bovine somatotropin (BST) used to boost milk production, genetically engineered food and pesticide residues on produce.

The commitment to a common rulebook with the EU for “relevant” SPS standards does not ameliorate these concerns. As we have discussed, there are huge holes in this commitment, which only applies to the extent needed to avoid checks at the border—an unclear concept apparently intended to limit the scope of the common rules—and explicitly excludes large policy areas integral to food and agricultural standards including labelling, animal welfare and pesticide residue levels. The incompatibility of weak U.S. food standards with EU protections and the inexorable pressure exerted by those weak standards combined with low tariffs favoring industrialized agriculture are well documented.

UK farmers and consumers are right to be worried about a trade deal with the U.S. Moreover, the UK is intent on also cutting deals with other lower-standard countries. Besides the U.S., the UK also wants to join the renamed “Comprehensive and Progressive” Trans Pacific Partnership (CPTPP), which would commit it to corporate-friendly arbitration provisions that have been widely used to limit environmental and public health protections.

For many in the U.S., Brexit may seem an obscure concept without relevance to our lives. What Brexit will entail remains undefined, even as the clock is ticking on an exit date less than a year away. Nonetheless, the specifics of the rules agreed to for the withdrawal of the UK from the EU – or the failure to agree on Brexit rules – will have major implications for food and agricultural policy in Europe, the UK and globally.

Agribusiness is positioning itself to take advantage of these changes, and U.S. trade policy continues to be largely shaped by these corporate interests. As information leaks out about the anti-democratic and corporate antecedents of Brexit (including Steve Bannon’s role supporting Brexit and seeking to destabilize the EU, and U.S. agribusiness funding of Brexit advocates) such worries are being validated. A UK with weak food, labor and environmental rules will help industrialized agriculture continue its worldwide expansion. A UK that aligns itself with more protective, if not perfect, EU policies will advance action on climate change, human and animal welfare, and sustainable food production. We all need to pay attention to Brexit.

Sharon Anglin Treat is Senior Attorney at the Institute for Agriculture and Trade Policy. For more than a decade, a major focus of Sharon’s policy work has included international trade agreements and their intersection with environmental, food and public health policy. Sharon first got involved in trade policy as a state legislator In Maine, which in 2004 established the Maine Citizen Trade Policy Commission to advise state and federal policymakers and to provide a forum for both educating the public and receiving feedback on the impacts of trade policy. Sharon has served on the Commission for a number of years, including several as co-chair, and represents the Commission on the Intergovernmental Policy Advisory Committee (IGPAC) to the U.S. Trade Representative.

The Yorkshire Dales is an upland area of Yorkshire, Northern England. Agriculture has been an integral part of the area’s culture and economy for thousands of years. A hill farm agricultural system is upheld here, with sheep as the primary livestock, although many have diversified into mixed beef systems, and dairy operations in the lower valleys. How has CAP – and its changes over time – impacted on this place and its people? […]

Report from the All-Party Parliamentary Group for Agroecology – November 15th […]

Will the Investor State Dispute Resolution aspect of the TTIP talks make it easier for Corporations to Sue Democratically Elected Governments? […]