On our way back home from the European Rural Parliament, where people from all over the Continent agreed a Common Manifesto on the future of rural Europe, we were confronted with a very real human experience. Having left Schärding in Austria, where the citizens’ Parliament was held, we shared the crowded train from Passau to Munich with many refugees. We experienced the grace of heartfelt and practical kindnesses – the common humanity – offered to them by fellow European passengers and train personnel on the crowded journey.

Most refugees were totally lost – without European languages, without tickets, and sometimes even without a clear destination. Conductors patiently ascertained what languages they spoke, then helped by volunteer translators speaking Arabic and the many other languages needed. Cell phones were passed back and forth between refugees and other passengers, as refugees contacted friends and family. And always, between and among refugees and those reaching out to them, eye contact, smiles, the touch of a hand, the offering of comfort to people suffering months of flight and insecurity.

Schärding lies at the border between Austria and Germany. These days volunteers, rural communities and local authorities do their utmost to take care of the nearly 2000 refugees arriving every single day. Delegates from 40 European countries at the European Rural Parliament had already felt compelled to focus on the European refugee crisis, to considering what small towns and villages around rural Europe need, to help provide new homes and work for our newcomers.

The reality on the Austrian ground and on the train back to Munich underscored the urgency of this work.

And then the bombings in Paris, in Tunis, in Beirut, and the retaliatory bombings on Raqqa and other parts of war torn Syria. These hasty counter-attacks by global military powers with conflicting interests against Daesh is without any common plan for peacemaking in the region. The intensification of internal security and intelligence measures in our own societies comes without a plan for improved integration of marginalised people and disadvantaged communities, while also discarding basic civil liberties. Meanwhile we witness with the rise of the far right, a growing fear and rejection of millions of refugees fleeing from civil war in their home countries.

Misery compounding misery, all the while compelling the desperate migration we saw on the train.

If we imagine safety in mistrusting and locking others out, we will destroy not only our own unity and common values, but our humanity as well. We must reject, outright, nationalism, barely veiled racism, and religious discrimination. We must reject the growing selection of supposed best choice refugees from among the masses as is currently done by the UK, Poland, the US among others. Refuges seek refuge from dire situations. That is the common bottom line.

Peace in Europe, the US and the Middle East cannot be preserved through violence, or without ending the abuse of religious, economic and military power that continues to feed disparities and exclusion. It must emerge from many myriad civil initiatives giving all citizens a chance for a decent life.

The terrorism of 13 November in Paris is one of a long string of violent acts involving the loss of many invaluable lives. The Paris tragedy reminds Europeans that our open societies are vulnerable to global terrorism and to internal disparities and conflicts; it reminds us that we are part of a long history of violent relations with and within the Middle East; and it reaffirms our knowledge that peace in our own countries cannot be preserved without making peace within and beyond our own borders.

The reflex of many in Europe, the US and elsewhere is to lock the door, close the borders, retaliate, declare more war, but on whom? For the millions of refugees fleeing war, closing borders means denying them shelter from civil war and terror. Is this not further destabilising other neighbour countries and regions as well as our own societies?

As rural actors, we are very concerned about this turmoil. We are starting to realize that the refugee tragedy has roots in the natural resources and climate crisis. Spurred on and intensified by climate change, we’ve seen drought, crop failures, shortage and scarcity of water and land driving people into conflict. This fuels destructive relations between communities and countries in the Middle-East – and us.

How historically tragic that the area now controlled by Daesh in Iraq-Syria is also Upper Mesopotamia, cradle of civilisation itself and birthplace of agriculture 10,000 years ago. This was the fertile crescent.

And with what compelling circularity is it that world leaders are meeting in, of all cities, Paris to try to address the climate crisis?

60 years ago European nations pacified their relations by pooling their natural resources beyond national borders – their coal, steel and farm products – through common policies. And now, after so many walls came down, we see reappearing new fences and borders.

As European governments close their borders to desperate refugees, Europe – not just the EU – is losing common ground. Nationalism overruns democracy and solidarity. In the US a growing number of state governors and presidential candidates are building their own barricades, calling for the rejection of all those who are themselves victims of a violent spiral that includes American military intervention across the Middle East. President Obama may plead for welcoming refugees, but he cuts a lonely, lame duck figure in a highly politicised and polarised debate.

What can we do as ordinary people about all this? Well, quite a lot. Above all, we should not withdraw in fear and despair. We must have the courage to speak out, to confront our own fears and biases. To overcome the frustrations and despair of people who feel excluded in our societies. To be ready, willing and able to meet and support refugees – to show practical solidarity, as so many are already doing. As we saw on that train from Passau to Munich.

Then, together, we can leave the spiral of violence. Let’s leave the last word to a famous European refugee, who himself grew up in Munich and was welcomed into the US in 1932:

Peace cannot be kept by force; It can only be achieved by understanding. 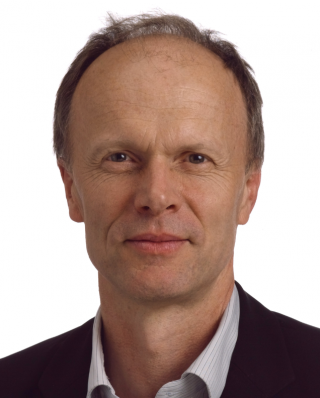 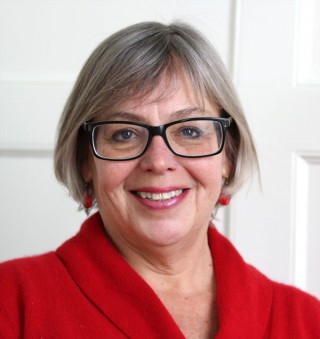 Germany | Where Does the Daily Bread Come From?

There’s big and there’s bigger, and Stefan’s farm is bigger. So what’s involved in running a 1100 hectare organic farm east of Berlin? Read about the history and current realities of the Das Gut Wilmersdorf farm. […]

Shefali Sharma from IATP exposes how big meat corporations work to keep the game rigged towards business-as-usual – an as-usual that is running us into a climate change catastrophe #LivestockDebate final contribution before round up. […]