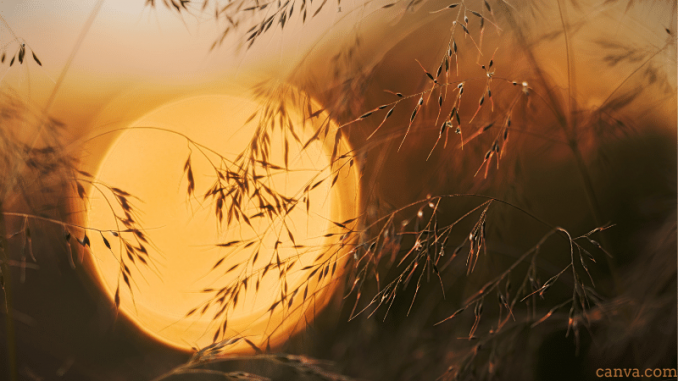 As the debate around genetically-modified “super crops” heats up, tried-and-tested solutions to tackling the climate crisis are in danger of being left out in the cold. Any deregulation of new GMOs threatens to undermine diverse and self-determined approaches to seed and food production that enhance biodiversity and soil health, and strengthen the resilience of entire agro-ecosystems, argues Stefanie Hundsdorfer.

In the current political debate on how to deal with new genetic manipulation (GM) technologies such as CRISPR-Cas in the context of EU law, biotech proponents often claim that applying these techniques on plants would deliver drought or disease-tolerant ‘super’-crops. These crops would be urgently needed to counteract climate change.

They also claim that the EU genetic engineering law would hinder their roll-out and should be amended in order to abolish the legally prescribed safety checks, labelling and traceability requirements for new GMOs. In other words, new GMOs should be deregulated.

Do we really need to adopt new GM plants in order to make agriculture more sustainable and tackle the climate crisis, though?

No ‘super’-crops in the pipeline

If we scrutinise the promises of the biotech industry to deliver super-crops, the result is sobering.

The new GM crops’ commercialisation pipeline is mainly characterised by rather simple traits, such as modified oil content, non-browning effects or herbicide intolerance. Instead of increasing the sustainabilty or climate resilience of the crops per se, these traits allow the seeds to be sold in a package with custom-fit agro-chemicals, help increase the shelf life and sales of food, or to produce allegedly healthier food products tailored to the desires of consumers in rich countries as well as raw materials for processing industries.

Of course, biotech researchers, supported by large agro-chemical corporations, are also investigating how to develop plants that are tolerant to climate stress or diseases. They are under pressure to be able to present ‘flagship’ crops underpinning their claim that new GMOs could feed us in times of climate change – in order to legitimise the deregulation of new GMOs.

It is questionable, however, whether plants with the promised traits can be developed with new GM techniques and stand the test in the fields. Plants react to stress in manifold ways, and stress reactions are often the result of a complex interaction of many genes, the environment of the plants and other cellular mechanisms. The network of different reaction mechanisms has in many cases not yet been completely understood.

To date, GM-free conventional and organic breeding techniques, such as cross breeding that combines valuable traits without necessitating an understanding of the underlying gene functions, have proven to be more successful in producing plants with such complex traits.

In a climate crisis context with manifold hard-to-predict stressors, strong weather variations and extreme events, there is yet another field-tested strategy to improve the stress resilience of farming systems.

Instead of trying to introduce single traits into genetically poor hybrid and line varieties by means of GM with at best an uncertain outcome, it is much more promising to ensure a broad diversity of crops and varieties on the fields, as well as genetic diversity within varieties.

For instance, when growing so-called heterogeneous populations or variety mixtures, both displaying a wide genetic range, different plant types are each able to withstand different kinds of biotic or abiotic stress. This can lead, over the years, to more stable yields.

And that’s not all.  Technologies such as CRISPR-Cas and the plant products developed on that basis are patented. They actually have triggered a full-fledged surge of patents (see here and here – in German only).

First, the developers of the CRISPR-technology registered hundreds of patents. Then corporations such as Bayer (formerly Monsanto) and Corteva have concluded partly exclusive license treaties with the inventors of the technology in order to use their patents. For specific applications, the corporations themselves apply for additional patents.

Particularly successful, Corteva brought together, in cooperation with the Broad Institute, 48 patents on basic applications of the CRISPR-Cas technology in one so-called patent pool. In order to use CRISPR-Cas-9 in breeding, companies need access to virtually all patents in this pool. For getting access, they have to negotiate licenses with the administrator of the pool, Corteva.

Who profits from this? Big agro-chemical and seed corporations that built their business model on intellectual property rights. Since the 1990s, they used the possibility to register patents on GM plants to increase their market shares. Now, already being in a heavily dominating position, they use the rapidly growing number of patents on new GM technology to increase their market power even further.

At what cost does this come? A further decline in socio-economic, plant-genetic and biological diversity in breeding and agriculture, which we urgently need in order to tackle the climate and biodiversity crises.

The current narrow focus on technological ‘solutions’ is simply not suitable to tackle the complex and systemic biodiversity and climate crises.

Even less so, since in the case of new GM, the patent- and license holders of the technologies are the drivers of an industrialised agricultural model that in itself has created many of today’s agricultural problems, such as high amounts of greenhouse gases, degraded soils and lost biodiversity.

Instead, a systemic transformation of our food systems is needed, as the International Assessment of Agricultural Knowledge, Science and Technology for Development (IAASTD) concluded over ten years ago and 40 international experts and members of the IAASTD reinforced in 2020.

In view of such a transformation, various locally adapted alternative approaches to breeding and agriculture have already been successfully implemented. They promote free access to genetic resources, encourage diverse and self-determined approaches to seed and food production, enhance biodiversity and soil health and this way strengthen the entire agro-ecosystems’ resilience.

In participatory and organic breeding and agro-ecological research for instance, these initiatives are developing the innovations that we truly need to meet the climate crisis.

The EU should urgently redirect the political and financial support which it gives to date to new GM application-related plant research into fostering these alternative development paths.

Any deregulation of new GMOs would massively impede, if not severely threaten these much-needed approaches. Contamination risks would increase, more and more genetic resources would be patented and the loss of biodiversity would be further fuelled.

If the EU Commission, the European Parliament and EU member states are serious about the Farm to Fork strategy’s objective to make European food the global standard for sustainability, they are well advised to defend and enforce the regulation of new GMOs under existing legislation.

We delve into the details with the authors of “Food choices, health and environment: Effects of cutting Europe’s meat and dairy intake.” […]

Are we beginning to see carbon – the fundamental building block of all life – as a pollutant? Instead of demonising carbon as a cause of climate breakdown, we need to restore balance in the natural carbon cycle that has been disrupted by the use of artificial fertilisers. In advance of his upcoming series on farming within planetary boundaries, Stuart Meikle offers a primer on the complex role of carbon in our soils.  […]