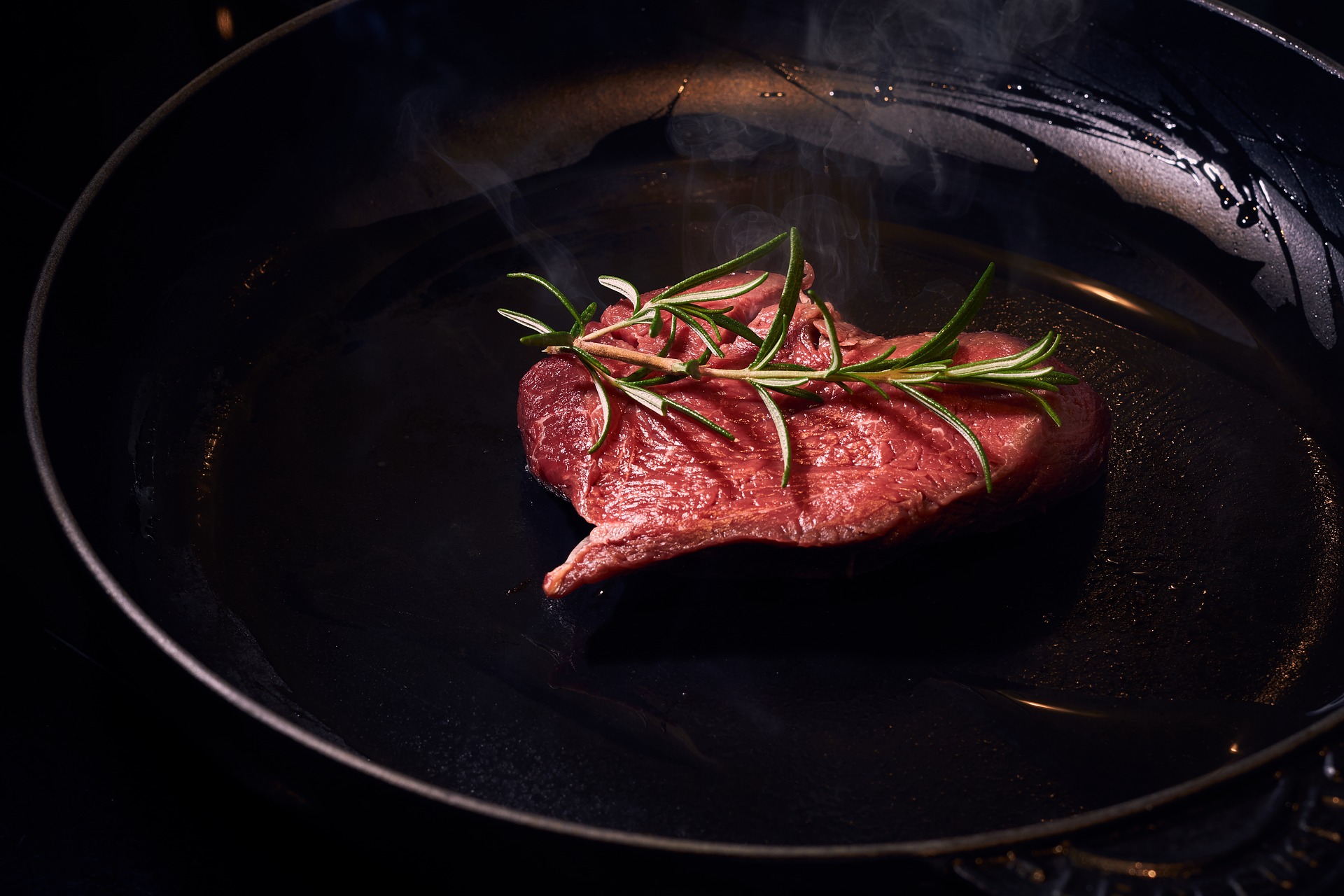 To mark the publication of the Meat Atlas 2021, we will republish a selection of our favourite articles. Here, Lisa Tostado introduces the Atlas, with a big picture take on changes in meat production and consumption in recent decades. The MEAT ATLAS 2021 is jointly published by Heinrich Böll Stiftung, Berlin, Germany Friends of the Earth Europe, Brussels, Belgium Bund für Umwelt und Naturschutz, Berlin, Germany.  Republished under Creative Commons (CC BY 4.0)

The global demand for meat continues to rise due to economic and population growth, but at a slower pace than 10 years ago. Poultry accounts for an increasingly large share of consumption. Large differences remain in consumption per capita between countries and among population groups.

Worldwide consumption of meat has more than doubled in the past 20 years, reaching 320 million
tonnes in 2018. The global population has risen, as have incomes; both factors contribute roughly equally to rising demand for meat. That’s good news for the meat industry: consumption is forecast to rise by another 13 percent by 2028. 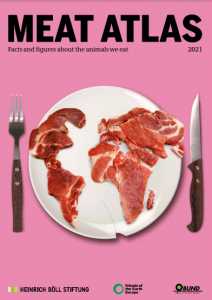 But for many people around the world, meat is still a luxury item whose consumption depends heavily on income. The global economic crisis caused by the Covid-19 pandemic has caused many people’s incomes to plummet.
The World Bank estimates that the current crisis will push 97 million people below the poverty line, and many millions more will suffer serious financial shortfalls.

This is also true for China, the world’s biggest meat consumer. Along with another virus, African swine fever, Covid-19 is the main reason for the reduced consumption of pork in 2020. The fight against the pandemic caused the Chinese economy to grow by only 2.3 percent in 2020 – the weakest pace since 1976.

In most of the developed world, meat consumption has remained at a high and fairly constant level for decades.

Each person in Germany consumes an average of 60 kg a year, while in the USA and Australia it is more than 100 kg. Over the past several years, demand in some developed countries has been declining slightly due to consumer concerns about health, animal welfare and the environment.

Developing countries start from a much lower base than their developed counterparts but have faster-growing populations; nevertheless, their additional consumption will remain relatively low. This is especially clear in Africa, where overall demand is rising very quickly, but consumption per person is expected to rise only slightly in the next 10 years – from 17 to 17.5 kg per year. The most populous country, China, consumes almost one-third of the world’s meat and has accounted for one third of the growth in consumption over the last 20 years, even though its per capita consumption is still less than half that of the USA.

Demand in China is likely to continue to rise, though at a much slower rate due to rising concerns about obesity and a population that is set to shrink from 2030 onwards. In Africa and Asia, meat consumption will overtake production. Imports will rise, especially in sub-Saharan Africa. But the global rise in meat imports will largely be driven by Asia (outside of China).

The region as a whole is expected to account for around 56 percent of world trade by 2029. The major global trends do not apply equally to all types of meat. While the share of beef and lamb in total consumption is declining, humans are eating more and more pork and poultry. Poultry alone will account for around half of the global growth in consumption in the next decade. In the USA, for example, per capita consumption of beef has fallen by about one-third in the last 30 years, while that of poultry has more than doubled. This is due, among other things, to its price advantage and lower fat content. Pork will account for around 28 percent of the growth in the next decade, driven mainly by rising consumption in Asia. Many Asian and African countries, however, consume very little pork due to the religious beliefs of a significant part of their populations.

The country-level data on overall demand and average consumption tell only part of the story. Within each country, demand varies greatly according to socioeconomic factors. In industrialized regions, meat consumption per person tends to decrease with higher education and incomes. In addition, women and young people tend to eat less meat than their older, male counterparts. In Germany, for example, men on average eat around twice as much meat as women per day. In the USA – where diets tend to be meatheavy – men still lead consumption by about 50 percent.

In poorer parts of the world, extreme income inequalities are reflected in per capita meat consumption. Among the elite, consumption levels are similar to those in the OECD countries, while meat is still a luxury for the much more numerous lower and lower-middle classes. That is another reason meat remains a status symbol for many.

More on meat and the food system

What is Grass Fed Beef all About?

IPCC | Climate Chaos and Land Use: Is Livestock a Liability?

The Netherlands | Are Agri-Food Workers Only Exploited in Southern Europe?

In the Netherlands cheap food comes at a high cost to migrant workers from Central and Eastern Europe, especially in the labour-intensive horticulture sector. EU enlargement has opened the door to an erosion of labour rights guarantees, report Karin Astrid Siegmann and Tyler Williams. […]

ARC2020 is launching a new project in France to build rural resilience from the ground up. It’s called “Nos Campagnes En Résilience”. The goal is to empower rural communities to realise their own fair and socio-ecological transitions, by connecting and supporting the many exciting initiatives that are emerging on the ground. Why France? And why now? Hannes Lorenzen explains. […]

Questioning unlimited growth in demand and emphasising the impact of societal pressures on productivity and yield, a new OECD report argues for more coherent and holistic farm and food policies. ‘As in other sectors, the economic interests pursued by food and beverage companies are not necessarily aligned with public interests’ the report states. Hans Wetzels has more.  […]