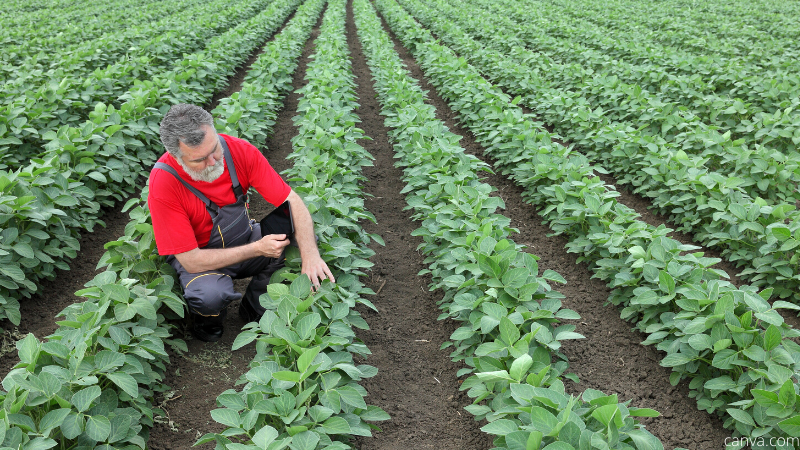 The European Commission wants to change legislation for biotechnology. Many in civil society fear an all-out deregulation agenda. ‘We have not announced a deregulation of new genomic techniques,’ the Commission rebuts. ‘But we would look at suitable regulatory oversight with very limited scope.’  Hans Wetzels presents an overview of developments in the regulation of new genomic techniques.

It’s a sunny afternoon in May when chairman Pascal Canfin of the Committee on the Environment, Public Health and Food Safety of the EU-Parliament addresses an almost empty hall in Brussels. The parliamentary meeting has been called to review a new 117 page long staff working document by the European Commission (EC) about new genomic techniques (NGTs). Several speakers, scientists and representatives of different parliamentary groups are present to make their statements, discuss policy options and provide feedback about a subject that is as complex as it is sensitive.

At the parliamentary meeting, a spokesperson for the Commission lays her cards on the table explaining that NGTs not only could be used to improve the nutrient content of vegetables, produce new vaccines or make animals resistant to diseases, but plants resistant to pests or drought could even mitigate the effects of climate change on agriculture. ‘Some plants may have the same safety profiles as conventionally bred plants,’ she announces. ‘The European Commission has concluded current legislation is not fit for purpose for some new techniques and in need of adaptation. Current risk assessment procedures are very rigid. We will embark on a fully fledged impact assessment to chart further policy options.’

European GMO-legislation is two decades old. Since then, a variety of new techniques have been developed – mainly in the United States and China. In a 2021 review of NGT-market applications, the Joint Research Centre (JRC) of the European Commission states, that of the 427 applications identified, only one plant variety was found to be on the market: a modified soybean with a high oleic acid content.

‘We classified 16 plant applications as being at the pre-commercial stage, including some plant–trait combinations already developed with established genomic techniques, such as maize, soybean, rice and potato with traits such as herbicide tolerance, fungal resistance, modified oil or starch composition and nonbrowning properties,’ the JRC writes.

No NGT-animals have yet been commercialised, but fast-growing tilapia, porcine reproductive and respiratory syndrome-resistant pigs, hornless cattle and heat-resistant cattle are in the pre-commercial stage.

Currently 117 plant applications are in an advanced research stage while 292 varieties show potential by 2030, according to the JRC-review: ‘Disease-resistance traits target many types of pathogens and pests. Abiotic stress tolerance is widely represented in the data collected and includes tolerance to drought, salinity and heat. Modified composition goes beyond starch and oil content, and many applications are emerging in crops with better nutritional properties as well as in reducing potentially harmful properties or gluten.’

These new genome editing techniques may lead to much faster and more precise results than conventional breeding techniques, the Commission claims. Advances in molecular biology have delivered tools that allow scientists to design traits of interest – for example in the engineering of gene drives, which can spread modified genes at a frequency greater than would occur through natural selection.

Genomes of organisms can be shaped and shuffled even without foreign genes being introduced, Margret Engelhard of the German Federal Agency for Nature Conservation (BfN – Bundesamt für Naturschutz) explains during the parliamentary hearing in Brussels: ‘Biotechnology is going through profound transitions due to genome editing tools and digitalisation. The biggest challenge is that the development of impact assessment tools is not keeping pace with the technological developments.’

Engelhard has serious doubts about the lack of resilience in genetically modified plants that will leave them unable to cope with weather extremes in the long run.  Engelhard cites humus build-up and suitable crop rotations as agricultural alternatives that would strengthen water-holding capacities of the soil and protect crop plants better. According to Engelhard, ‘A central reason for regulating genetic engineering is to avoid risks to human health and environment.’

From an environmental perspective the persistence and invasiveness of genome edited species in nature could be risky, as could unintended interactions with other organisms, or the effects on biogeochemical processes; Engelhard explains: ‘Knowledge about the effects of these genetic changes in the organisms and the ecosystem is limited.’

The European Commission has been trying for years to chart the consequences of this wave of new biotechnology. Three scientific EC-committees have produced several reports on synthetic biology, alongside a vast sequence of joint working groups, and political level meetings that have taken place in Brussels over the last couple of years.

Of crucial importance, however, was a decision in July 2018 by the Court of Justice of the European Union (CJEU), finally making clear that the new NGTs would fall within the scope of the existing EU GMO legislation. Following up on the ruling, the Council of the EU in November 2019 requested of the European Commission an extensive study on new genomic techniques by April 2021.

That 117-page document was posted on the EC-website on April 29th – concluding that ‘targeted mutagenesis and cisgenesis carry the same level of risk as conventional breeding techniques.’ The document also identifies ‘implementation and enforcement challenges’ concerning ‘the detection of NGT products that contain no foreign genetic material. Although existing detection methods may be able to detect even small alterations in the genome, this does not necessarily confirm the presence of a regulated product; the same alteration could have been obtained by conventional breeding, which is not subject to the GMO legislation. This is a problem for enforcement authorities and operators.’

The study confirms ‘that organisms obtained through new genomic techniques are subject to the GMO legislation. However, developments in biotechnology, combined with a lack of definitions (or clarity as to the meaning) of key terms, are still giving rise to ambiguity in the interpretation of some concepts, potentially leading to regulatory uncertainty’ – warning that ‘the above difficulties could lead to trade limitations and disruptions, and put EU operators at a competitive disadvantage, with further negative consequences.’

The German government funded watchdog Testbiotech in a statement points out that reforming EU GMO-legislation – as the EC-report seems to suggest – might end up promoting more genome editing (GE) applications in agriculture.

‘It is evident that any general exclusions from mandatory approval process cannot be justified as there are no sufficiently reliable scientific criteria that make it possible to declare specific categories of New GE applications to be safe,’ Testbiotech writes. ‘Safety of specific organisms can only be concluded after a case by case examination of the risks – but not in advance or solely taking the intended characteristics of the GE organisms into account. The same applies even when no additional genes are inserted.’

According to statements made by the spokesperson of the European Commission during the parliamentary hearing, refining of applicable GMO-legislation would not mean an all-out liberalization: ‘We have not announced a deregulation of new genomic techniques. But we would look at suitable regulatory oversight with very limited scope, namely targeted mutagenesis and cisgenesis in plants. This is what our current legislation does not cater for. If we don’t address this we might lose out on a lot of potential.’

Romania says Resounding NO to GMOs

Drought, insect infestations, biofuels and monocultures are impacting Czech agriculture and the ability of the soil to do its jobs, from water storage to erosion prevention. In part one of this series we exposed this troubled ecology of soil, forests and water. Next, we look at how history, politics and policy have shaped the lie of the land. With Louise Kelleher in Prague. […]