10 January 2022, 2°Celsius. The rose-ringed parakeet (psittacula krameri) prepares its nesting and breeding season in Brussels.  Joke? – No, reality. Very noisy by the way. Almost a thousand of them feel at home in Europe’s Capital now. Some ten thousand live in Belgium, the Netherlands and Germany, mostly in cities. Increasing bird biodiversity? It’s a little more complicated than that. They seem to be losers as well as winners of climate change. Initially as popular pet species, some have escaped and now settled here. But many more moved like other neophytes from hot climate regions such as India to Northern Europe. They gather in colonies, just like crows. They behave like winners, often aggressively competing for nesting places and food. In Brussels they appear suddenly in impressive swarms, and in spring they can strip entire trees of their leaves. In all its glorious incongruity, this colorful and outspoken bird is ARC’s bird of the year 2022!

(audio recording of a rose-ringed parakeet in Belgium by Patrik Ãberg available on https://xeno-canto.org/ (CC BY-NC-SA 4.0)

We believe that we must continue to be resilient, whatever the context we find ourselves in – we too must be colorful, outspoken and sometimes even noisy. We must breed our ideas and collective action early in the year and we must gather our partners and friends to form a critical swarm to have a dedicated impact on policies and decision-makers. These times are times of too much unjustifiable business as usual, shaded by ongoing pandemic disconnection and friction. We want to escape from the cold cage of calculations which continuously put economy against ecology, technological fixes against social cohesion or the rich North against the poor South. We want to encourage academics, politicians, farmers and environmentalists to connect so we can break out of our cages. And we want to discover how far we can get with collective political intelligence in a new solidarity economy and in down to earth socio-ecological practices.

We know that this is possible, because we have gathered a varied, colorful and joyful crowd of people and have launched projects which connect the many spots of change.

After two years of living in a pandemic which limited our social connections but brought us also somehow closer to nature, we may have expected that 2021 could return us to something we had before – easy traveling, personal gatherings or public events. But it was not so. And it seems that returning will not be the same again either, not only in terms of public health rules and digital behaviours, but also via our habits and obligations.

Returning to the cage of the consumer-commodity-corporate system would mean falling back to the old patterns  of thoughtless growth and mindless expansion. We need to completely change our relationship to the living world – to the climate, to nature and between each other. Perhaps this is the beginning of the next phase. Just as these parrots will not return to their cage, nor should we.

The disconnection between where we are at and what policy is doing has never been clearer. Time and again, we see that people are ready – from the resilience of Fridays for Future to the viewing figures for climate allegory Don’t Look Up – but policy lags behind, quagmired in a corporate-controlled stalemate.

We need to grasp the nettle – to survive. So should use any opportunity and argument to abstain from that reflex to return to bad old habits.

In our orbit, this means we must make sure that even the weakest Green Deal or Biodiversity promises find their way into the National Strategic Plans implementing the Common Agricultural Policy and other policies in 2022.

All too little – too late? Of course!  So now what? Well, we will crowd and cluster outside the cage. What about a campaign to help a million new paysann(e)s/ farmers to establish themselves throughout Europe instead of watching another million disappear? Transrural France has called for that goal. 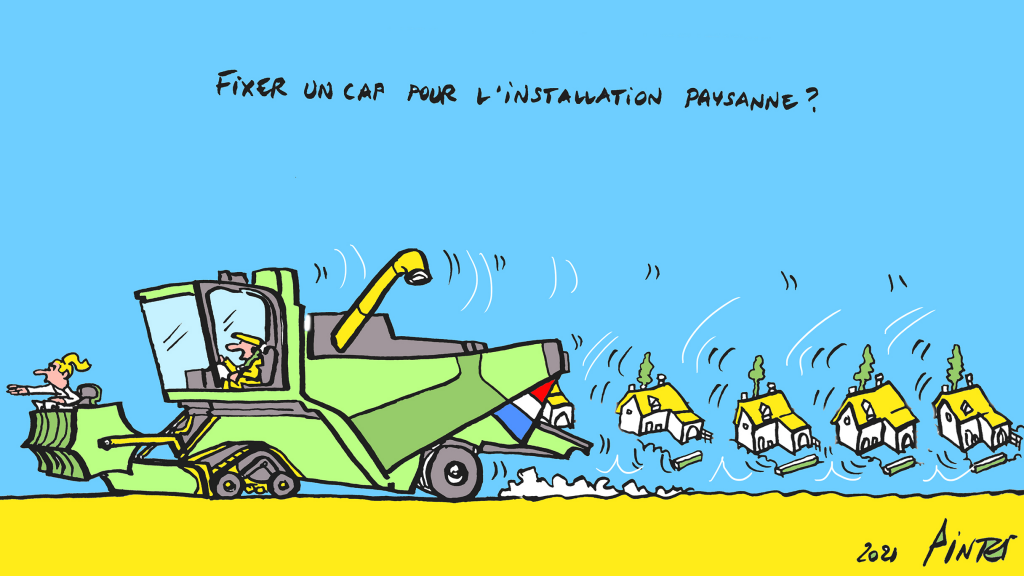 What about helping on the ground with dietary change – for humans and animals? The Global Bean Project, which ARC is promoting this year together with 2000m2 is just one example. Beans and other pulses are healthy for the soil as part of crop rotation, for our food as vegetable protein source and for the climate fixing nitrogen for other crops.

And living seeds too – all over Europe, growers are coming together to develop the most appropriate, resilient seeds for the type of cropping we need more of. ARC and Seeds4all are helping with this too.

What about really delving into what a Just Transition and diversification – a genuinely diverse iteration of rural and farm diversification  – can mean? Ireland has opted for 51% reduction in greenhouse gases by 2030, so the time for action is now. This too we will explore with our partners in Cultivate and Cloughjordan ecovillage.

To kick off the year of the rose-ringed parakeet you are welcome to learn more about these and dozens of other practical out-of-the-cage initiatives around the world on Saturday 22nd of January from 5 to 8 pm. Join us at the legendary “Soup and Talk” agri-food slam, ARC co-organises with 2000m² and the Berlin based (again virtual) “We are fed up” demonstration for good food and good farming.

Much of this thinking we are bringing together in a new book project with Forum Synergies – “Rural Europe in Action – beyond business as usual” .

In 2022 we will intertwine these hands-on solutions with our analytical work and campaigns. So don’t worry, we will continue to watch and challenge the CAP and related policies for their caging effects, as the Commission decides how to take the Member State’s CAP Strategic Plans – will it send them back if they aren’t fit for purpose?

The French EU-Presidency and the “Future of Europe” episode during the first half of the year is a time to press for action to (wait for it) dismantle the destructive agro-industrial complex and amplify the process of replacing it with something altogether nicer – in other words socio-ecological transition at its best. 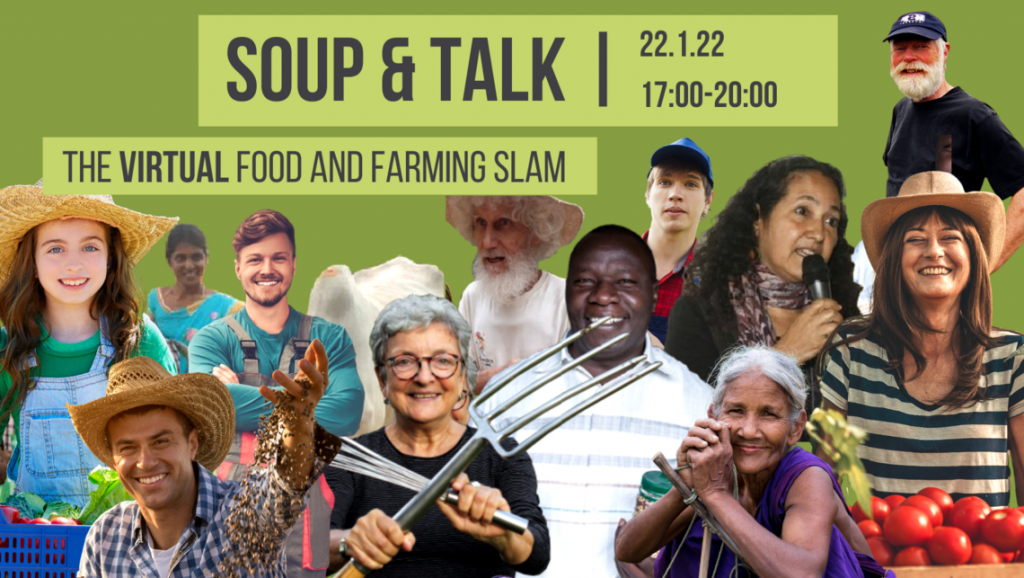 ARC has been a voice for the wider rural Europe during the Convention for the Future of Europe way back in 2002; a platform to push for a real CAP reform from 2010; a think tank and networking hub during CAP reform 2018-2021.  So in 2022 ARC will become a colorful and noisy nest to catch up with all who have fled the cage. We will continue to endorse citizen movements and farmers cooperation in many regions of Europe, as we have been doing in France via “Nos Campagnes en Résilience”.  We will redouble our efforts on this and all fronts.

We will continue to offer up to date analysis of national legislation, including the national CAP Strategic Plans and related policies. And we will continue to broaden our scope of networking and cooperation beyond the borders of the European Union. In this spirit we wish to strengthen our cooperation with our neighbors in the West Balkans; with our partners in Central America and the United States and with new partners in Africa.

Join us in whatever way works for you – on the ground or on line  – as we cluster around good people, good policies and good practices. So in this year 2022, ARC’s Year of the Rose-Ringed Parakeet, let’s be birds of many feathers flocking together.

Seeds For Hope On Pellworm Island

In a regressive move indications are that weighting may be increased for protein crops. […]