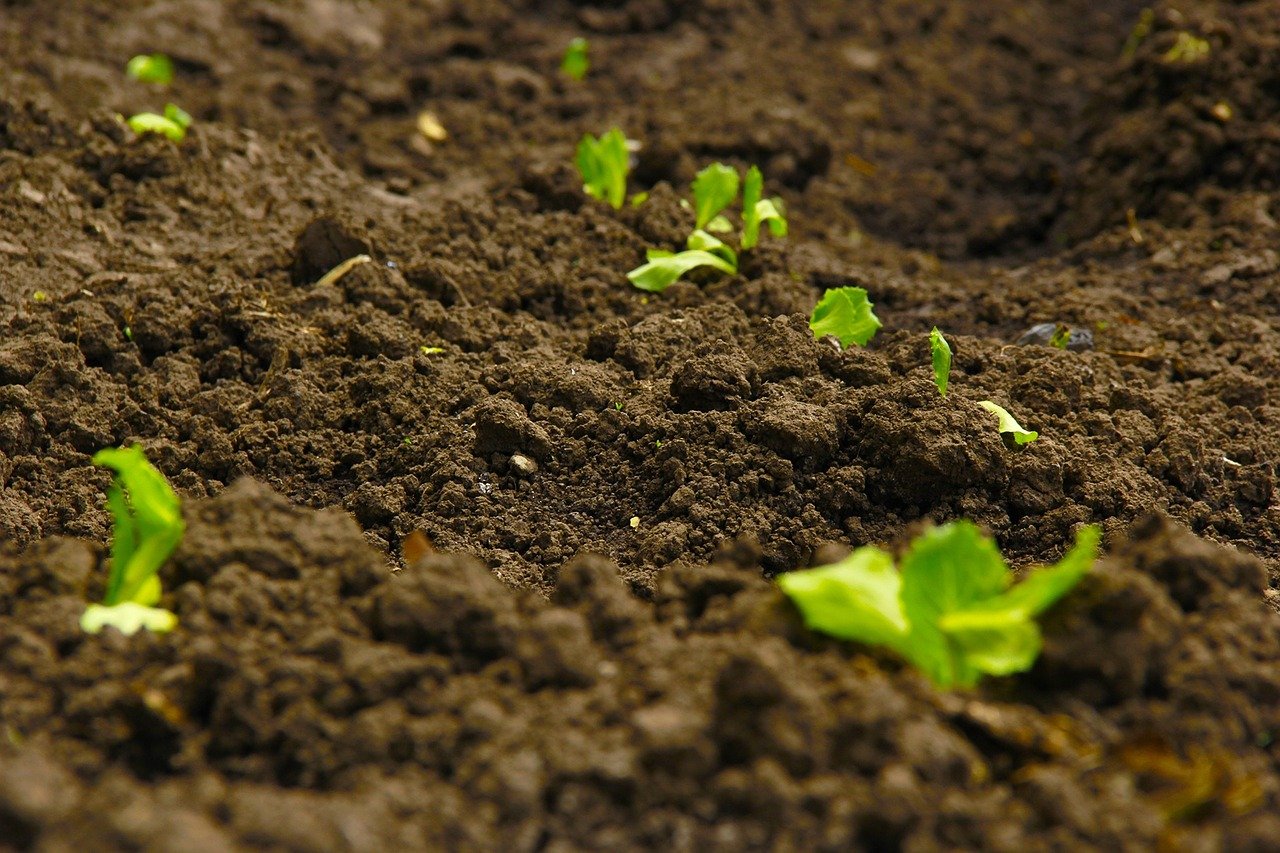 More than 30 organisations and individuals active in the fields of nature conservation, environmental protection, agriculture and science have collectively spoken out against the use of CO2 emissions certificates as a tool for preserving and building humus in soil. In a position paper on soil carbon sequestration, this broad alliance rejects the compensation of greenhouse gas emissions through CO2 certificates. Instead, the group advocates for projects and measures that maintain and increase humus content and transform land use from a source of greenhouse gases to a carbon sink – as long as they are not sold as a way to offset emissions.

What follows is the English version of the position paper which was originally published by WWF Germany – one of the organisations in the alliance. The full list of signatories can be found at the bottom of the text.

We, the undersigning institutions and individuals, support structural and income-generating efforts to preserve, recover and increase the humus content of agricultural soils. However, we oppose rewarding humus build-up with CO2 emissions certificates that will be used to offset greenhouse gas emissions from other sectors.

Humus is essential to natural soil fertility. Together with soil life, humus provides plants with nutrients. It is also very important for the water infiltration and storage capacity of soils, for their filtering and buffering effects, and for above-ground biodiversity. Humus is the basis of human life and thus crucial to our societies. Fertile soils are also vital to farming. Efforts to preserve and build up humus are therefore in everyone’s best interest.

In Germany, humus-preserving soil use has been required by law since 1999. It is set out in section 17 of the Federal Soil Protection Act (BBodSchG). The section, entitled “good farming practice in agriculture”, states: “The principles of good professional practice include, in particular, that […] the site- typical humus content of the soil is preserved, in particular by a sufficient supply of organic matter or by reducing the intensity of cultivation” (BBodSchG, section 17, paragraph 7). However, implementation is obviously lacking, as shown in, for instance, the Thünen Institute’s soil condition survey.[1]

Humus is roughly 60 percent carbon, which mainly comes from the atmosphere and enters the soil through plants. Policymakers and the business community are increasingly focusing on this fact in their discussions about how to protect the climate. The idea is to use humus build-up certificates (usually just called humus certificates) as incentives for increasing organic carbon in the soil, which can then offset greenhouse gas emissions caused by humans.

An alliance of institutions and individuals from the fields of nature conservation, environmental protection, agriculture and science expressly supports the goals of preserving and building up humus in soils, and formulated the necessary criteria in a position paper in 2020.[2] The alliance takes a critical view of generating and trading CO2 certificates for sequestering carbon in soils, and raises the following points:

Soils do not sequester carbon permanently

Humus is not stable; it both accumulates and decomposes. This is the sign of an active and diverse soil life, and thus of healthy soil. Without these changes, soils would be unable to perform their functions and ecosystem services. What matters is the net balance – whether the humus content is maintained or even increased overall. However, carbon that has entered the soil over many years of humus-building agricul- ture can quickly break down and be re-emitted if farming practices change, or simply as a result of climate change and extreme weather. Humus build-up therefore offers no guarantee of medium- or long-term climate benefits.

Even if humus certificates are calculated with deductions and buffers to compensate for the uncertainties of carbon sequestration and measurements, they cannot guarantee permanent carbon sequestration. Essentially, preserving and restoring humus in agriculture can only succeed long term if education and support schemes are also geared towards this.

Today, humus levels are usually measured by the soil’s organic carbon content. Obtaining reliable measurements is challenging because carbon content fluctuates heavily in different areas and over time. Reasons for this include variations in soil properties, plant populations, precipitation, temperature and tillage. A site’s typical humus content provides a good indication of the potential.[3]

The humus content of agricultural soils cannot be increased indefinitely.[4] After a few decades, most soils reach a steady state that must then be actively maintained. The humus content does not tend to rise any further. Carbon uptake in soils cannot always be equated with humus build-up. Measures such as spreading lignite or similar fossil carbon on soil do not help to protect the climate – they simply relocate existing deposits.

Leakage can occur, if humus-building cultivation stores carbon in one place but causes humus depletion and therefore CO2 emissions in another, it is referred to as displacement or leakage. An example of this would be if humus is built up in Soil A by importing plant mass grown on Soil B. Or if complex humus management in Soil A is offset by humus-consuming management in Soil B – for instance, by changing forest or grassland to arable land anywhere in the world. This would do nothing to protect the climate.

Successful climate action requires humanity to minimize human-made greenhouse gas emissions and recapture CO2 that has already been emitted. Trading in humus certificates blurs the line between these two areas and makes effective climate action more difficult. Also, in order to avoid double payments, farms cannot be paid for climate-action measures that they have to carry out anyway or that are financed through the agricultural policy.

Farmers who have been working to preserve and build up humus on their own initiative for decades usually have only minimal potential for further humus build-up. This means they would be unable to benefit from the additional income provided by humus certificates. Despite having long implemented the practices eligible for rewards, these farmers would be at a disadvantage over others. Therefore, rather than only assessing newly enriched carbon levels, it is much more expedient to reward ecologically sensible measures that maintain location-appropriate humus content and build up humus in depleted soils. This type of humus-enhancing management usually also has many other ecological benefits.[5] However, it would be unfair if farmers first profited financially from humus depletion and then from humus regeneration.

Trading in CO2 certificates must not undermine European climate action

For the above reasons, generating CO2 certificates to reward farms for producing humus is not an appropriate tool for climate action. Moreover, trading in such certificates may even undermine European climate action if it enables energy-intensive companies to use uncertain and potentially reversible offsetting in the land-use sector as a substitute for having their own mitigation strategy in their own value chains. It is therefore important to make the buyers of CO2 certificates more accountable. The price of the certificates also plays an important role: if it is lower than CO2 abatement costs, the entrepreneurial incentive to reduce emissions will be lost.

CO2 certificates on the voluntary market: In order to avoid double counting,[6] it would have to be ensured when selling the certificates (whether directly or through certifiers/intermediaries) that they are not used for offsetting. Sales contracts should explicitly exclude claims of “climate neutrality”. Instead, buyers could advertise their contribution to climate action with the following sentence, for example: “With my financing, I am helping the EU to achieve its climate action goals.”

CO2 certificates on the mandatory market: The EU is currently preparing a certification system for sinks (i.e., the sequestration of greenhouse gases) that will enable official trading in such certificates.[7] We are critical of this: On the path to climate neutrality, reducing emissions and strengthening natural sinks must be considered separately. If storing carbon in sinks can be offset against emissions, it will give emitters a flexibility in their reduction commitments that we do not support.

CO2 certificates from fixing carbon in soils must not be included in the existing EU emissions trading scheme. Instead, public funding for climate action in the land-use sector should be significantly increased through national support programmes, the EU’s Common Agricultural Policy, revenues from its Emissions Trading System, or other levies on companies that emit greenhouse gases.

Recommendations for policymakers and industry

[6] Double counting occurs when a reduction unit is counted towards both a country’s Nationally Determined Contribution (NDC) and a company’s climate target.

[8] International Assessment of Agricultural Knowledge, Science and Technology for Development (2008): Agriculture at a Crossroads: Summary for Decision Makers of the Global Report (link).

[9] Statements such as “climate neutral” must not be made in this context.

Download the position paper in English or in German

Rural Ireland on the Move – new report on Just Transition and Diversification launched.

This week ARC2020 and partner organisations release a report, and hold two events, on the topics of Just Transition and Diversification in Ireland. Targets to reduce emissions come alongside pressure for agriculture to improve its impact on biodiversity, water and air quality. Meanwhile rising feed, fertilizer and other input costs, and a sequence of recent crises – brexit, covid, and now the tragic war in Ukraine – compound the pressure. So what next for rural Ireland? […]