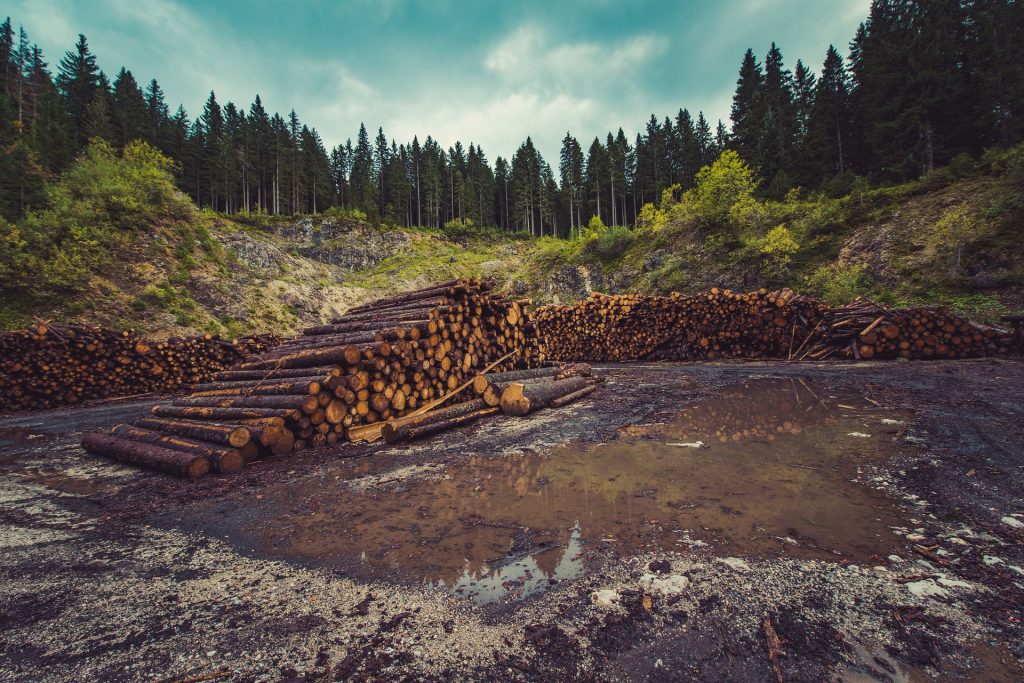 The Intergovernmental Science-Policy Platform on Biodiversity and Ecosystem Services (IPBES) published a report last Monday, 6th May, which concluded that 1,000,000 species are threatened with extinction. The authors of the most comprehensive and far-reaching report on the topic to date did not mince their words: this is a man-made crisis facilitated by an exploitative economic system predicated on growth.

“The overwhelming evidence of the IPBES Global Assessment, from a wide range of different fields of knowledge, presents an ominous picture,” said IPBES chair, Sir Robert Watson. “The health of ecosystems on which we and all other species depend is deteriorating more rapidly than ever. We are eroding the very foundations of our economies, livelihoods, food security, health and quality of life worldwide.”

Written by 145 expert authors with a further 310 contributing authors from 50 countries over the last 3 years, the report assesses the last 50 years. It examines the relationship between economic development pathways and their impact on the natural world, insisting that what is needed is to “build a global sustainable economy, steering away from the current limited paradigm of economic growth.”

It makes for dire reading and brings to the fore the sheer scale of human impact on the natural world. The average abundance of native land-based native species fallen by at least 20%. 40% of amphibians are at risk of extinction. Marine environments are also badly hit with 33% reef-forming corals at risk and over 1/3 of all marine mammals threatened.

The report lists the main drivers to this change in nature. In order of impact, these are:

Our current global agricultural system has a big part to play in most of the drivers listed above. In particular, the report highlights:

Is all hope lost?

The report was somewhat unprecedented in the intensity of its stark warning but it stresses that it is not too late to make a difference, “but only if we start now at every level from local to global.”

Pushing for ‘transformative change,’ ‘system-wide reorganisation’ and ‘paradigm’ shifts is unusual to say the least for such a large, intergovernmental panel.

Crucially, the report presents a range of illustrative actions & pathways to sustainability across sectors. In agriculture, examples are:

At ARC we’ve covered these topics – from agriculture’s impact on the environment and climate as well as sustainable, alternative practices – for some time. Here are our top reads to help you understand the particular contribution of agriculture. We’ll have a more detailed assessment of the report with you soon but for now you can download the report summary in full here

1. How to Feed the Word Without Killing the Planet?

This long read by Claire Kremen, considers the issue of “land sparing vs land sharing”. This is a hot topic in the conservation world, paralleling to an extent the intensification vs organic debate in the farming community. Kremen poses the familiar refrain – should we be as productive (in terms of yield) as possible, thus leaving more land for nature, or should we try to get farming and nature to work better together? Kremen critiques this debate as overly simplified and suggests more efficient consumption patterns – described as stabilising the agricultural land footprint   – along with creating a favorable agricultural matrix in particular by incorporating (and better supporting research into) agroecological methods.

Long Read | How to Feed the World Without Killing the Planet?

The rules imposed on conventional agriculture, in some significant cases, make organic and conventional more alike. However organic is also spawning more radical alternatives, alternatives like biological or regenerative farming, which seem to have all the movement momentum, while eschewing certification – throwing out the biodynamic baby with the bureaucratic bathwater? ARC’s own Oliver Moore investigates.

What do we count, when we count greenhouse gas emissions? What’s anthropogenic and what’s not? And how does this all relate to the food system? Gunnar Rundgren explores.

How can biodiversity loss and ecosystem services be valued? What are the implications of putting a monetary value on nature? Ian Fitzpatrick investigates current research on ecosystem service valuation.

5. If Not Meat Then What? Climate Change, Regenerative Ag and Viable Rural Areas

The starkness of the IPCC’s most recent climate change warnings – of 12 year window before runaway impacts – has focused the minds of many. What role – if any – for livestock in this brave new herd? Oliver Moore fleshes out the details in this meaty long read.

6. Agroecology – A Tale of Two Continents

Agroecology is commonly understood as a science, a movement, and a practice, jointly transforming agroecosystems to less fossil fuel dependent, more autonomous and more resilient farming systems. The food chain is considered from a systemic perspective, with family farms at its center, and a holistic view expanding from soil over resource use to community sovereignty. Agroecologic practices and research have evolved and are being applied around the globe. What unites these movements, what separates them? How is it different in Europe compared to Latin America? Is there a universal approach to agroecology? Carmen Schwartz reports.

Our most environmentally valuable farmland is condemned to a slow death by a combination of EU bureaucracy & national decisions. CAP Greening isn’t working.

Soil is crucial in the discussion around the destruction and degradation of the natural world. If you’ve got some time on your hands, it is well worth a return to our #SoilMatters debate of last year. Here we look at both big and broad takes on best approaches, as well as detailed analysis of specific agri-industrial inputs and their soil impacts. We feature soil experts, farmers, stakeholders of varying styles and approaches. You can download a free printer-friendly PDF with all contributions here.

Three quarters of all flying insects in Germany have disappeared in just 27 years, according to a study published in one of the world’s leading scientific journals, PLoS One. What are the details are what may be to blame?

With insect Armageddon and biodiversity collapse making the headlines, pesticides are public enemy No. 1. Scientists are now naming and shaming pesticides as a key driver of biodiversity loss. Even the European Parliament has caught the bug. Reminding member states that pesticides should be a last resort, MEPs insist that the new CAP must do more to shrug off our dependency on agrochemicals. Meanwhile farmers are showing that – with the right supports – instead of scapegoats for biodiversity loss, they can be part of the solution.

The longer we delay mitigation measures, the higher the costs and risks for the functions and services our land ecosystems provide, warns the IPCC Special Report on Climate Change and Land Use. If we want to keep warming below 1.5°C, land use must be part of the equation. Louise Kelleher unpacks the findings. […]

Continuing in our series of CAP commentary from as wide a range of sources as possible, below we present the CAP position statement of MEP Martin Häusling. In it, he points to the folly of following an export and growth model for agri-food. Moreover, this model as it stands delivers little by way of environmental goods, or for animal welfare or the rural economy. He also emphasises the specific benefits of organic farming, while giving us ten points for major CAP reform. […]