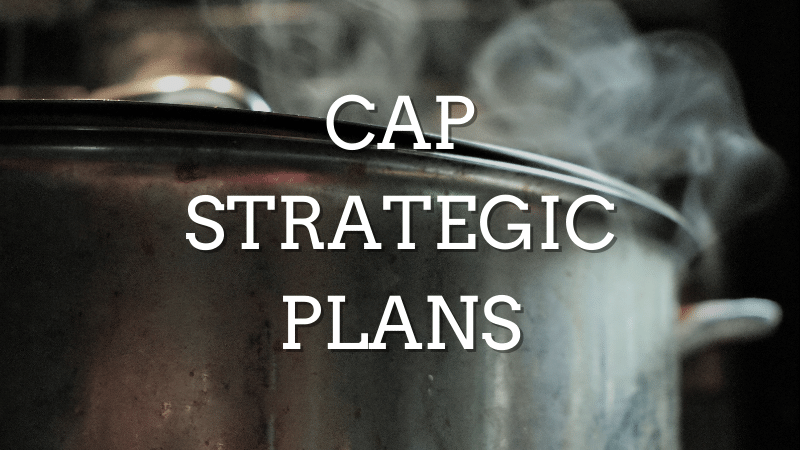 On 11-12 October 2021, the agri-ministers from all over the EU will be invited to share their views on design and approval of the CAP Strategic Plan, with emphasis on transparency and inclusion. With no sense of irony, this meeting will be held behind closed doors.

Meanwhile Italy still limps along with its ‘tavolo del partenariato” (consultation forum). While a wide range of stakeholders are putting proposals on the table, the agri-industrial lobby is “cooking” in the kitchen. (refresh for updates)

Stakeholders at the table, others cooking in the kitchen.

The CAP reform post-2022 started as far back as June 2018 – over three years ago. An EU-wide impact assessment accompanied the various elements of the reform: introducing capping, internal convergence, eco-schemes, and more.

With a CAP reform giving higher subsidiarity and power to the national governments, countries like Italy had a flexible framework from Brussels to start outlining and evaluating different policy options to address the systemic problems – some of which are especially acute – the disappearing and aging of the farming population, soil erosion and water scarcity, or the decline of agricultural diversity (e.g. in the olive or tomato sector), just to name a few.

And yet, here we are in October 2021, and both CAP policy decisions and their ex-ante assessments[1] are still far off and blurry in the distance of a blue Italian sky. Trying to explain how Italy works towards the future CAP plan might be hard even for insiders. There are objective challenges to account for, like coordinating different regions and provinces; further there have been changing agri-ministers over the last four years. While some things are improving, is it too little too late?  In this article, I try to bring some clarity on:

All these technical aspects concerning consultations or decision-making process must be seen through political lenses, i.e. the informal ties between agri-ministers and industrial agri-business groups. There is no point to have more stakeholders around the table, when someone is cooking the future CAP plan in the secret, VIP kitchen.

Fuzzy power structures and branches around the ministry

One would assume that, since 2018, the central information point for farmers and citizens to access the most reliable updates and documents about the CAP progress in Italy was the website of the agricultural ministry, or at least, another single affiliated portal. For instance, this has been the case of France, Spain, or Ireland, where all official documents to be analysed and consulted upon were uploaded and gathered all together on the ministry website.

After years of fuzzy structures, and three months before the submission of its draft plan, Italy has finally set up a single platform where documents are at least grouped together.

However, to tick the box of ‘Transparency & Stakeholder Inclusion? Done!’, Italy needs to do much more before submitting the draft plan in January 2022. The most important decisions like capping and redistributive payments are still out of the radar and postponed. Furthermore, a debate about who represent the Italian farmers and rural areas in policy decision processes has never started, while the CAP still struggle to accommodate the positions of those who advocate to change directions.

The small details – like adding a contact email on the webpage to allow people to send queries or creating a file repository to publicly gather the written submissions from the partners – are in fact vital for transparency, accountability and real reform. However, these are missing-in-action in the Italian agri-food political context and becoming more symbolic adjustments.

The symbolic use of online consultation surveys

A consultation survey appeared on the Italian national rural network website in September 2021. “La tua opinione ci interessa!” (we are interested in your opinion), says the webpage. I clicked out of curiosity and imagine my surprise when a Google form appeared.

Bizarrely, I saw my personal google account being automatically encoded in the Google form. Maybe the designer could even access respondents’ IP addresses? I immediately scrolled down to search for the privacy note. With GDPR rules, I learned that every survey must have a privacy note and obtain the consent from the respondent, especially when they ask personal information like an email address. Normally, the survey respondents must give consent prior to inserting any personal data. I didn’t find it so I started looking for the privacy note and consent throughout the survey.

Because of this, I had to read all the basic questions in the survey to get until its end. At this stage of the policy reform (2 months to the submission), the survey asked open-ended questions like: “what are the challenges in agriculture” with multiple boxes to click. No real urgent questions of substance directly related to CAP and cash. No questions about capping large beneficiaries. No questions about getting rid of what are in fact the highest historical entitlements in Europe. No questions about supporting more agricultural cooperatives instead of a few commercial producers organisations in a few regions of Italy. No questions about universal access to soil monitoring samples and analysis.

And, finally, I did not find the privacy note, nor the consent form. There is no logic to keeping such a leaky form online. It also shows the lack of a logical roadmap that Italy has never had, coherently with other parallel activities (e.g. the ongoing ranking of needs). Really this online survey should be immediately removed.

On the 8th September 2021, the first online consultation meeting was held by the minister of agriculture to discuss the proposals for the CAP green architecture.

The supporting documents were sent two days in advance of the meeting, and ten days were allocated to receive written opinions from stakeholders. All the material can be accessed here.

Besides some generalities (e.g. title and short descriptions of the seven eco-schemes), stakeholders were consulted with important information gaps that can really influence the outcomes and effective use of these consultations.

Without entering into the content of these ecoschemes proposals (e.g. annual per ha payments to collect farm data), here some examples of information gaps that can really change the meaning of a consultation:

The statistics on the participations of this consultation meeting are unclear but more than one hundred were invited to discuss the eco-schemes for a few hours. No minutes or report is available so far on the meeting and the individual submissions. No follow up meeting has been scheduled so far.

Italy has an enormous potential of human resources and scientists who can facilitate the transition towards a fairer and greener CAP. And yet, this is not happening or might happen too late. The issues and money at stake are quite relevant and cannot be left last minutes or addressed with simplistic tools like opinion-based survey. It is time to face the problems and solve them seriously.

Involving stakeholders around generic ideas and leaving the most important decisions up to the industrial agri-lobby system is a disgrace for the Italian farmers and food systems.

Hopefully, the Italian agri-minister will speak the truth in front of his colleagues on 11 and 12 October and acknowledge the real powers and barriers that are holding Italy from changing its agricultural policy.

In a glaring failure for checks and balances, a leaked European Commission audit concludes that Czech Prime Minister Andrej Babiš continues to profit from his business empire. The billionaire premier is in conflict of interest under both Czech and EU law, say the EC auditors. The EU seems set on making an example of the Czech PM. Will this mean a clampdown on corruption in Central Europe? […]