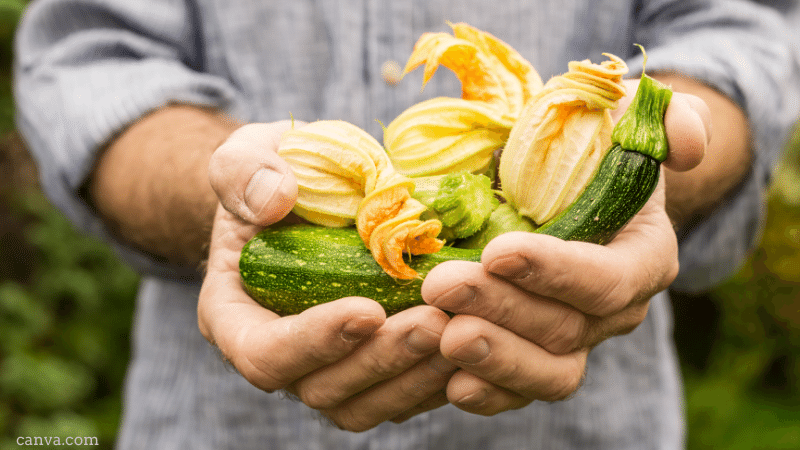 Food and farming is notable by its almost total absence from climate change discussions at COP26. Yet farmers can and want to be part of the solution. Could big data be the key to unlocking a transition to sustainble farming and food systems? An unlikely alliance of multinational corporations and civil society organisations makes the case for a Global Farm Metric. Ursula Billington reports.

COP26 is well underway in Glasgow and some have noted the absence of Food and Farming in what has been described as humanity’s ‘best last chance’ to effectively tackle catastrophic climate change.

The omission of discussion around the sector’s impacts is surprising given its potential as the “biggest, fastest, cheapest, most effective” climate solution, said Stephen Lang of Systemiq in a conference session last week entitled ‘Why is food and farming missing in action at COP26?’

Sectoral transformation is urgently necessary: industrial agriculture is responsible for c. 25% of carbon emissions globally and WWF states the food system is responsible for 60% of biodiversity loss. Lang said in focusing on agriculture the session pinpointed “the most significant underlying root cause of the climate, nature, health and inequality crises.”

The event, hosted by the UK’s Sustainable Food Trust (SFT), acknowledged that farming has been a significant part of the problem – but hoped to highlight, too, that it represents the biggest untapped opportunity for environmental resurgence.

According to Systemiq, a systems change company, this solution is also financially feasible. Systemiq claims that while some US $100tn is required to finance global net zero, only 1-2% of this would be sufficient to transform agriculture and food systems by 2040.

The panel agreed that farmers worldwide are keen to make positive change: so why is it that currently less than 5% of our food is produced in an environment-friendly way?

The session noted the barriers to change for farmers – commonly policy, finance and education; and pinpointed the common solution to these problems: namely, data.

For too long said Patrick Holden, SFT Director and the session Chair, agriculture’s transformation has been hampered by a lack of strong consensus on which systems best build carbon, reduce emissions and produce more sustainable food; and citizen confusion around sustainable and healthy diets. Data could solve these problems.

The session coincided with the launch of Regen10, an ‘ambitious collective action plan to scale regenerative food production systems worldwide,’ of which Lang is co-founder. The initiative intends to support 500m farmers to change; if all goes well they hope to shift that <5% to 50% of farming globally working positively for people, nature and climate by 2030, and to sequester 7 gigatons of carbon in the process.

Key to achieving this transformation, they believe, will be the new Global Farm Metric (GFM), a streamlined, international data collection tool designed to help farmers and policymakers analyse the environmental impact of different farming systems.

Holden suggested the GFM is the “harmonised way to measure sustainability” that will empower citizens, farmers and politicians to make the right choices around agricultural food production. Lang emphasised the tool as serving the need for “better data that sets out the problems and opportunities [of different agricultural systems/methods]” to inform decisions.

The broad alliance behind the GFM includes major UK and international players such McDonalds, Natwest, Ellen MacArthur Foundation, Royal Society for the Protection of Birds, Sainsbury’s and WWF; and UK ‘better farming’ advocates such as Farm Carbon Toolkit; the Food, Farming & Countryside Commission; Agriculture and Horticulture Development Board; Linking Environment And Farming (LEAF); the National Farmers Union and the Soil Association.

Key to the GFM is its ability to measure all metrics of sustainability, to ensure that ecological factors such as biodiversity, water and soil health are not forgotten in the drive for carbon emission reductions. “To tackle climate change globally,” the SFT says, “we need to recognise the interconnection between nature and food production.” A holistic approach is needed, with soil placed firmly at its heart as key to environmental health, carbon sequestration and the sector’s overall sustainability.

Collecting more and better data on farming’s impact on the environment could support the business case for nature-friendly farming; unlock new financial support and incentives for those improving soils or providing ecosystem services, as with the UK’s new post-Brexit farming policies; and support fairer trade deals, where perhaps – as Holden puts to the panel – tariffs are removed for nature-positive goods and increased for carbon-intensive products.

The dataset will also support greater education and informed choice of farmers, retailers and consumers – a factor the panel agreed as crucial to driving real change.

Lang emphasised: “The education of consumers is absolutely critical” to enable a reformed, climate-friendly food system. Consumer interest is on the rise and large retailers are supporting a shift to low-carbon diets; evidence regarding the ‘sustainability’ or environmental impact of specific farms and farming systems could clarify consumer confusion around food and dietary choices.

Part of the solution

Erin Fitzgerald, CEO of US Farmers & Ranchers in Action (USFRA), was keen to highlight the integral place of farms in local communities, and the importance of clarifying the essential nature of food and farming in all our lives: “We need more education across the board on all of this,” she said; “We can interact with the food/farming sector every day if the connection is made between rural and urban communities.”

She emphasised the need for wider community understanding and support if the sector’s climate-mitigating potential is to be fulfilled, affirming the SFT’s stance that “citizen power can drive change. Farmers need our support to create the landscapes we want to see and produce the food we want to eat.”

The panel agreed there’s excitement for change, but that transition could end up being a bumpy road. They were adamant that farmers were ready for the challenge and keen to play their part: “Farmers can and want to be part of the solution,” said Anne Meis, USFRA Chair.

Lang’s view is that farming is gaining traction as a leading solution for positive change, and there are high hopes it will be much more prominently visible on next year’s COP agenda.

All were hopeful for the sector’s future, and some actions on agriculture agreed as a result of COP26’s Nature & Land Use Day are moving in the right direction, though at a slow and limited rate.

One question remains: what of agroecology?

Patrick Holden is a regenerative livestock farmer of 300 acres. Yet as Chair of the session, he had little space to speak on the small-scale alternatives to industrial agriculture – those most likely already part of the solution – with a panel representing Big Data, global wildlife welfare and 1.6m US farmers.

In overengineering yet another effort to globalise ‘sustainable’ farming, there is little recognition of the fastidious work of organisations such as IDDRI who presented a clear, science-based 10-year path for European transition to agroecology back in 2018, or IPES-Food that only recently warned of the impending risk of big data’s tightening grip on agriculture – as well as outlining a strategy for achieving sustainable global food systems within 25 years.

Here, the onus remains squarely on those already working for environmental good to prove they are doing so.

Proponents of the GFM claim: “the cost of food and farming systems remain hidden and displaced as those that pollute are not held financially accountable for their damage caused. This makes it difficult for governments to know which food production systems to support, food companies to know which producers to source from and consumers to understand what the most sustainable and healthy options are”. This claim is disputable. The polluters are highly visible; proven destructive industries are subsidised rather than penalised.

Perhaps change will only become a reality when ‘the alternative’ is recognised as the viable multi-faceted solution it has already proven itself to be, and when its representatives are invited to sit at that hallowed table where the vital decisions regarding the future of our planet are made.

Roots of Resilience: How CAP, Farm to Fork, and Land Policies can Support an Agroecological Transition in Europe

The EU finally has the makings of a sustainable food policy – why is it under attack?

Must we choose between formal market and non-market economies? This is the longstanding Western narrative. But Eastern European food practices tell a different story. Co-author of a new paper that points to tried-and-tested alternatives to the West’s broken food systems, Bálint Balázs makes the case for looking East. […]

Watch out for business-as-usual agri-buiness solutions, even very well meaning ones…. […]