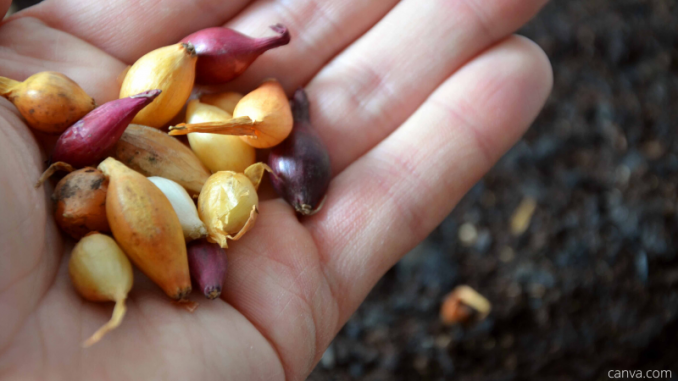 A new report heralds the battle for the future of food. IPES-Food and the ETC Group set corporate power against the irresistible force of social energy. A dystopian future of corporate-controlled food governance is presented alongside a vision of civil society-centred food systems founded on agroecology, diversity and human rights. The provocation aims to inform widespread discussion and galvanise rapid action. Ursula Billington has more.

A major crossroads for food systems

“The keys of the food system are being handed over to data platforms, private equity firms and e-commerce giants.” – Pat Mooney, lead author of the report A Long Food Movement: Transforming Food Systems by 2045

The converging global crises provide a perfect catalyst for change – for worse, or better. Now is the time, the report argues, to unite to forge a new, improved food future. Civil society needs to act fast – and more systematically than ever – to quell the corporate tidal wave. Doing so, the authors suggest, will reclaim $4tn US and cut 75% of the sector’s GHG emissions.

The core premise of a Long Food Movement is that civil society needs not only to collaborate more effectively, but also to think strategically over the long term. Organisations must plan for future catastrophes, the inevitable – if not wholly predictable in date or detail – grey swan events such as food price or energy crisis, or livestock disease. Long-term planning coupled with cross-sector collaboration will provide the evidence base and power to pressurize governments, and to hold corporate bodies to account.

The authors are clear that without this type of concerted action there is little hope:

“An agribusiness-led future…will continue to generate rampant inequalities, deepen livelihood stresses and food insecurity, and create harmful environmental impacts of its own… Standing still is no longer a choice.”

The report’s first scenario is a future in which current agribusiness trends are allowed to run their course.

The potential threats to food security are already upon us: food systems are at a tipping point. In the agribusiness scenario, risk-averse governments are lured by corporate ‘silver bullet solutions.’ Agro-digital giants promise the elimination of risk with AI-controlled farms; algorithm-mapped fertility; genetically engineered crops, livestock and ecosystems; data banks and an internet of logistics provide ultimate control. This ‘climate-smart,’ ‘risk-free’ future’s appeal is solidified with promises of big profit.

Where civil society remains in business-as-usual mode, states the report, avoiding this scenario is impossible.

Farmers don’t want these Farm Laws because it’s a step towards their never ending dark future. Giving agriculture in the hands of already wealthy corporates is injustice to common people.
Stop Monopoly of Food by Corporates 🥘#FarmersProtests #Farmers pic.twitter.com/BjGDyUWHIm

“It is our hope that by showing just how much food movements could achieve over the next 25 years, the vision of ‘Civil society as unusual’ will galvanise enthusiasm for working together across new horizons of time and action.”

Corporate control of food governance is not inevitable. Instead, Scenario Two imagines a future in which food systems have been reclaimed by grassroots groups, NGOs, trade unions and cooperatives. It reaches back to what are newly defined as the roots of the Long Food Movement: the struggles of indigenous peoples against colonisation, the birth of food sovereignty, campaigns against ‘terminator seeds’, the rise of Fairtrade.

The concept of resilience in diversity is a theme, as “not only vital to agriculture but natural to civil society.” Groups across food, environment, health, labour rights and equality must unify to achieve food system reform. As with seeds, crops, landscapes and landworkers, diversity is the key to strong, sustainable social justice.

Whilst responsible in its presentation of the business-as-usual scenario, the report thankfully does not linger in dystopia. Its ultimate goal is to inspire action, in the knowledge that without widespread belief in the real possibility of positive change, the food system is condemned. Reform is rendered a possible actuality – albeit one absolutely dependent on immediate, concerted and widespread action. Authors reassure that:

“The strategic opportunities we describe are grounded in what is already happening, being planned, or is achievable based on existing strengths and a willingness to collaborate further.”

They provide heartening global trendlines in, for example, adoption of vegetarianism and organic produce. Arguments for agri-food industry taxation, for health and environmental benefits as well as diversion of funds, are supported by the success of junk food taxes in Chile and Mexico. Whilst careful to warn against complacency, the report aims to generate hope by way of fruitful real-world results.

The report imagines that, in the next two decades:

Wrestle the power back

The authors emphasise that civil society will need to work harder than ever to wrestle the power back from agri-business. For every new diversion of funds, ‘battle ready campaign strategies’ and ‘first movers’ advantage’ are essential in putting these to positive effect. For every teetering government, new levels of cross-sectoral, internationally networked campaigning are needed to push them in the right direction. Constant negotiation and dialogue are necessary, as is a willingness to devote significant time and resources to partnership-building and joint strategizing.

This enhanced collaboration is the report’s only “non-negotiable.” A joined-up civil society could be a formidable force in transforming the food systems of the future:

“Civil society has huge untapped potential for deep, transformative change if they get increasingly organized, proactive, and forward-thinking.”

Many elements intrinsic to this transformed food future recall real events observed in recent memory. A vision of greater support for shock-resilient diverse food systems – as compared to the fragility and short-termism of industrial systems – resonates with the rapid response of local food producers during the pandemic, where long supply chains struggled to cope.

In the UK, for example, the sustainable food movement worked quickly to quantify this, pouncing on an upswell of public support for leverage with policymakers whilst gathering supportive evidence for future Grey Swan events. As awareness grows around the viability and environmental impact of conventional farming, amongst consumers and producers alike, the necessary shifts in attitudes towards agriculture appear plausible.

Organisations appear to be responding positively. Sustain, the UK’s leading alliance for better food and farming, seem ready to take on the challenge. Vicki Hird, Head of Sustainable Farming, said “This is a valuable and detailed contribution to the debate on what direction we want and need the food system to go. We need to decide, as a society, which route we want to take and then work to achieve it together and take power back on how food is produced, traded and eaten. We must take the risks to make the major changes needed.”

Watch this space for Ursula Billington’s upcoming interview with Pat Mooney, lead author of the report.

About Ursula Billington 20 Articles
Ursula Billington has a background in environmentalism, wellbeing and the arts. She studied Practical Sustainability in Bristol, gaining experience of agroecology, permaculture and sustainable living projects across the UK. She has since put her knowledge and enthusiasm into practice with roles at Oxfam, Netplants (EU Erasmus project) and the Sustainable Soils Alliance, an organisation focused on placing soil health at the centre of new UK agricultural policy. She is currently supporting Our Living Soil and Soil Voices, connecting science and the arts to increase public engagement in the condition of our soils; whilst also pursuing an interest in eco-social arts practice via the Centre for Contemporary Arts & the Natural World (CCANW) and Haumea. She spends the rest of her time on the fiddle.

Challenges aplenty for the food system in Europe, but some noteworthy outcomes in DG SANTO’s study. […]

The Farm to Fork strategy aspires to fix our broken food systems while advancing the EU’s sustainability goals. In this three-part series we hear what environmental, health and farming organisations have to say about Farm to Fork so far. Here, Natasha Foote reports on some of the key voices in the health sector to bring us their take on the strategy as it currently stands. […]