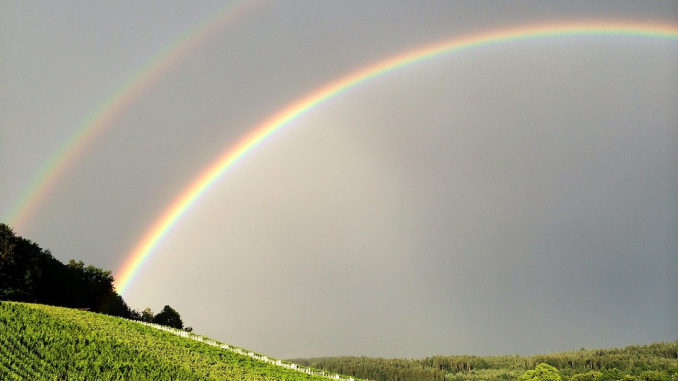 By Nyéléni Europe and Central Asia platform for Food Sovereignty

How can grassroots organisations tackle the issue of land access? What strategies and legal tools are available to them, and what real-life examples have worked? In this excerpt from the comprehensive toolkit recently published by Nyéléni Europe and Central Asia platform for Food Sovereignty, the authors note that despite the challenges, resistance is fertile – and present a range of tools that land activists can use to fight for a fairer world.

In recent decades the European continent has been subject to a complex combination of agricultural and food policies, free trade agreements, market-dominated liberalisation and energy policies, infrastructure and mining projects, and urbanisation. There is no shortage of concrete examples, from the current CAP and the lack of sufficient regulatory mechanisms relating to markets and prices, to various pieces of national legislation and rising change of land use.

These culminating factors have driven the industrialisation of the agricultural system and the commodification of its very starting point: land.

The main outcomes of this great transformation of European rural areas are numerous: the extreme reduction of the number of farmers; the concentration of land in the hands of the few; the ageing population in farming; volatile prices which prevent farmers from earning a dignified living; the loss of farmland; the rapid degradation of soils and ecosystems, and land being used as a pawn in the free movement of capital.

Land is not a commodity

However, land is not a commodity. Land is a natural resource and the basis of all food production, upon which many fundamental human and peasant rights depend, such as the right to food, the right to work, and the right to a decent income and livelihood. Genuine policies on agrarian reform and the control and redistribution of agricultural land are disappearing, and agricultural workers, whether locals or mostly migrants, are forced to accept low wages and precarious social and labour conditions.

There is good reason why, for the first time ever, the UN General Assembly recognised peasant communities’ human right to land in article 17 of the UN Declaration on the Rights of Peasants and Other People Working in Rural Areas (2018). This recognition comes at a time where local communities are experiencing the consequences of land concentration, land grabbing and financialisaton of land that is happening all over the world, including in Europe. Unfortunately, however, the majority of European countries decided to abstain from the adoption of this historical declaration.

Food sovereignty as a framework

Despite the fact that a great number of European and national policies promote the industrialisation of agriculture and the commodification of land, resistance is fertile. In Europe, an enormous constellation of land struggles and experiences have been born and developed to protect farmland, and grant access to land for peasant and agroecological farming, in many cases collectively and communally.

Despite the difficulties, these struggles show there are indeed ways of protecting farmland as a collective fundamental resource, granting access to land for peasants, young people, rural landless workers, new farmers and agroecology, whilst fighting against land grabbing, land concentration and land destruction.

What is more, these land-related experiences both create and are helped by fairer local economies. They often use the transformative concept of food sovereignty as a framework, and bring together a broad range of local actors. In effect, local resistance by peasants and communities gives birth to an alternative model of production that is ecologically sustainable and socially just.

Food Sovereignty is the right of peoples to healthy and culturally appropriate food produced through ecologically sound and sustainable methods, and their right to
define their own food and agriculture systems.

Food Sovereignty is a process that adapts to the people and places where it is put in practice, a “process in action” that strives for solidarity, not competition, and for building a fairer world from the bottom up. It calls for systemic change, to give human beings direct, democratic control over the most important elements of their society: how we feed and nourish ourselves, how we use and maintain the land, water and other resources around us for the benefit of current and future generations, and how we interact with other groups, peoples and cultures.

Food Sovereignty emerged from peasant organizations as a proposal for humanity to rethink how we organize food and agricultural production, distribution and trade, how we make use of land and aquatic resources and how we interact, exchange and organise with one another.

Those experiences, therefore, represent not merely examples of resistance to the commodification of lands, but also real solutions for the challenges the European continent is facing that reach beyond the agricultural sector, such as climate change, social inequality, environmental pollution and the hollowing out of real democracy, to name but a few. They are real-life examples of how the concept of food sovereignty can be implemented in a way that benefits communities and societies at numerous levels.

A key example is the victory of Notre Dame des Landes, which is a symbolic and historic point for land struggles and a sign of hope for the whole European continent. Over a period of more than 20 years, this struggle united a vast range of actors in their fight against a huge airport project on around 2000 hectares of agricultural land, ecologically sensitive wetlands and forests.

Across the continent, other land struggles and mobilisations have since emerged, many of which have been successful. This handbook therefore aims to provide land activist groups with hope and inspiration as well as systematic, hands-on practical knowledge about various approaches and strategic options based on real, successful stories and experiences. In each approach, different examples illustrate various concrete applications, giving a clear overview of tools that can be used to strengthen land struggles at a local level.

Whilst the aim is to bring together a sample of case studies that reflects the diversity of struggles and mobilisations, it is important to underline that it is far from exhaustive. Access to land for women, for example, is one area that is insufficiently addressed and which ought to be explicitly considered whilst tackling land issues.

However, the contributors hope that collectives involved in local struggles, land activist groups, peasant and farmers’ organisations, future farmers, associations working on food sovereignty, consumers’ groups, environmental groups and other food and environmental organisations will be able to use the handbook to support their work. In this way, they can also build on the handbook and enrich it with further insights.

The handbook is published by the Nyéléni Europe and Central Asia platform for Food Sovereignty, as a means of nourishing the food sovereignty movement with ideas to support local struggles for land. It also tries to connect different experiences and is an invitation to build collective intra-European support mechanisms for land struggles. The handbook itself is dedicated to those who are struggling on the ground for better and fairer access to land. We thank not only the groups and organisations who have shared their stories, but all those who have taken part in the experiences described. We hope that their efforts, sacrifices and knowledge can help inspire and strengthen the on-going struggle for greater justice in access to land in Europe and beyond: resistance is fertile.

This is an excerpt from the introduction of the handbook “Your Land, My Land, Our Land: Grassroots Strategies to Preserve Farmland and Access to Land for Peasant Farming and Agroecology”, published by Nyéléni Europe and Central Asia platform for Food Sovereignty.

The handbook is available in English, French and Spanish

Soup & Talk – an event that celebrates food and farming changemakers all over the world – takes place on Saturday, January 21 from 4 – 7 pm CET. People working for fair and ecological food systems will present their successes, struggles and ideas in 5-minute interventions at the Heinrich Böll Foundation, Berlin. In person and livesteam options. So what’s happening? […]

Meet Brindusa Birhala and Anselm Opdebeeck who live in the west of rural Romania. For four years, the pair have been slowly turning a small patch in the village of Stancoiva into an agroecological holding. Brindusa introduces the story, from strawbales to horticultural sales… […]