In the second of his two articles on landgrabbing in Poland, Hans Wetzels reports on rural Poland, the rise of the populist right and on sociological critiques of populist claims. We see that landgrabbing, large corporations and EU policy impact some areas and sectors differently to others. Part one is here.

Jaroslaw Sachajko sits behind a big wooden desk in his office in the Sejm, the Polish Parliament. He is a member of the populist-conservative Kukiz ’15 movement and chairs the parliamentarian agricultural committee. “Poland lies in the heart of Europe. We have much to gain from a strong European Union,”  he stresses, “But we need to stop the impoverishment of the Polish countryside. We can only do that by preventing that even more fertile Polish soil ends up the hands of foreigners.”

He places the agricultural reform program his committee presented to the government in early spring on his desk. “This is a list of rural reforms that are necessary for our farmers to become competitive on the European market. We need to focus on production of fresh fruits and organic produce. There is a large market for that in Europe,” Sachajko explains. “Instead we are overrun by foreign holdings growing cheap grain or sugar to sell on the world market while Polish farmers suffer. At the same time the European Commission opens up all borders by signing big trade agreements like CETA with Canada. But the rural economy here can’t  compete with all these cheap imports from across the Atlantic. Poles are not anti-European. They disagree with EU-policies that are promoting this particular model of doing agriculture based on the export of cheap commodities.”

In 2004 all new countries joining the EU, from the Czech Republic, Latvia and Cyprus to Poland,  collectively signed a 1.300 page long accession agreement. In the agricultural chapter of that agreement, a list of EU-demands is meticulously spelled out. From that moment on, Polish farmers have a set of new rules to adhere to. They must stick to quota when producing potatoes or onions, semi-dry wine can only be called thus when the sugar content is kept between 33 and 50 grams per litre and to be able to sell their butter on the market, farmers will have to test it in a facility with ‘lightly coloured and non-reflective walls’ that is being kept at a constant temperature of 12 degrees Celsius.

Kosmal bangs his hand on the kitchen table in Świdwin. “Small farmers have no way to live up to all those standards,” he says, “There used to be at least twenty milk-factories in this area. Now there are only three. Two of those have been bought by foreigners. You can hardly find any Polish food in the supermarket these days and I blame Brussels for that.”

A major chunk of the financial support provided to Poland under the CAP flows to big, often foreign sugar exporters. The accession agreement explicitly states that the desire to ‘restructure’ local farms is not economically viable to better connect them to the European internal market. They suddenly demand investment-overviews and development-plans from farmers.

The evening has fallen over Świdwin and the discussions at the kitchen table are heating up. Despite all promises of reform the nationalist PiS-governement has done nothing to help the countryside, the farmers conclude.

Andres farms one hundred hectares but steers clear of modern biotechnology, pesticides and other chemical technologies. “We are stuck between foreign agricultural holdings that are after our cheap farmland and EU-demands that prevent us from selling our fresh produce on the local market,” he says, “European policy serves the interests of big corporations wanting to control the food chain instead of helping farmers to grow healthy food for European citizens.”

Horticulture and other Polish regions

At the end of the day the Polish countryside still has a lot to gain from EU-membership, argues sociologist Ruta Spiewak from the Polish Academy of Sciences. “Every farmer in Poland receives financial support that simply didn’t exist before,” she says, “that is a direct consequence of EU-membership. I’m not saying there’s no problems with land concentration because there are but the overall picture doesn’t look entirely bad.”

Spiewaks research focuses on farmers’ organizations. The average farm size in Poland is about ten hectares, she explains. But problems the farmers in West-Pomerania are faced with are not at all comparable with the thriving horticulturalists in the south of the country.

“In 2013 Poland overtook China as the world’s biggest exporter of apples,” she explains, “Farms growing apples have no problem with foreign investors because their enterprises are profitable anyway. The current government tries to present the protests in West-Pomerania as a national problem, which is pure political opportunism. But our research does show how important small farms still are Poland on both the economic and the social level. If the EU wants to prevent more nationalist populism in the future they should start taking this problem of land-concentration a little more seriously.”

Conclusion – what’s next for rural Poland?

So what must happen next in for all of rural Poland to flourish? On the one hand, the free movement of people and capital, access to export markets in the EU, and CAP supports in both Pillar 1 and 2 have benefited rural Poland. But some – in different regions and sectors – have benefited more than others.

On the other hand, the end of the moratorium on foreign land purchases has meant that rapid land concentration has emerged. And while some initiatives in the EU institutions make efforts to curb this (like here), not enough is being down to stem the tide. Moreover, without creative ways emerging, to allow farmers to work and process, package, distribute their food together, the increasing bureaucratic burdens on small producers will see more smallholdings abandoned, to be bought up and turned into more monocultural plantations. And with that, rural discontent will continue to rise. 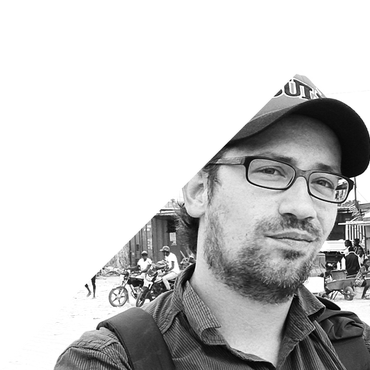 Hans Wetzels (1982) is a Cultural Scientist and freelance journalist from the Netherlands and living in Berlin.

His work appeared in well-known Dutch magazines such as De Groene Amsterdammer, OneWorld Magazine and international outlets like Africa Renewal, MO* and Knack.

The research Hans does focuses on trade policy, food system analyses and development.

Return of the Roman General: Land Grabbing in Western Romania

“In the times of Communism, 70% of land was State owned. Just 20 years later and Polish farmers cannot buy land anymore” […]

Questioning unlimited growth in demand and emphasising the impact of societal pressures on productivity and yield, a new OECD report argues for more coherent and holistic farm and food policies. ‘As in other sectors, the economic interests pursued by food and beverage companies are not necessarily aligned with public interests’ the report states. Hans Wetzels has more.  […]